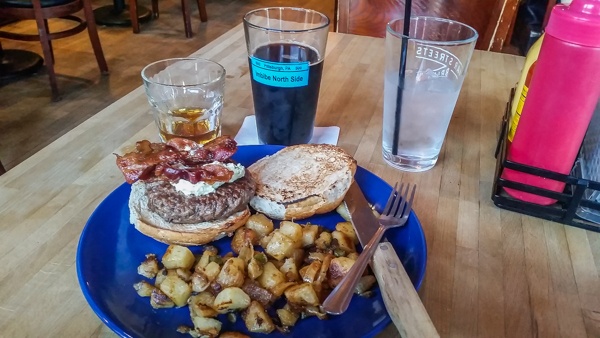 Preface: Bier's Pub was formally known as Benjamin's. It was purchased in mid-2017 by our friends at War Streets Brewery. As of late 2017 the food menu has not changed; however, they have updated happy hour specials and War Streets Brewery's beer on draft. We revisited this one after the ownership change and updated our review accordingly based off of both visits.

We've heard rumors that Bier's Pub in the North Side is the place to be in the neighborhood, and our visit during a Sunday Brunch confirmed that rumor the second we walked in the door.

To put it simply, the restaurant was packed– mostly because it is one of the only restaurants open on Sunday in the North Side. Throw in the Sunday special “Make Your Own Bloody Mary” bar and you have a great reason to come in to try one of their popular burgers. Although I never drink Bloody Marys, I decided to take one for the team and join the crowd.  An entire restaurant full of happy looking patrons can't be wrong, right?

I had to find out. 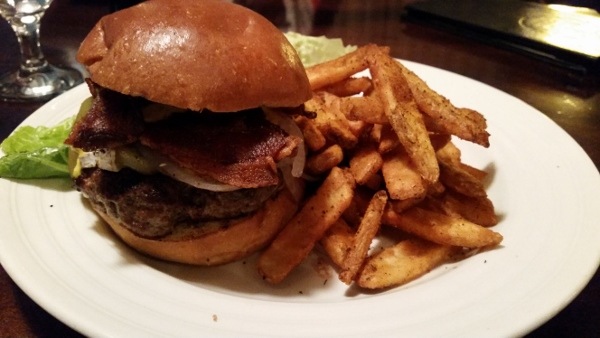 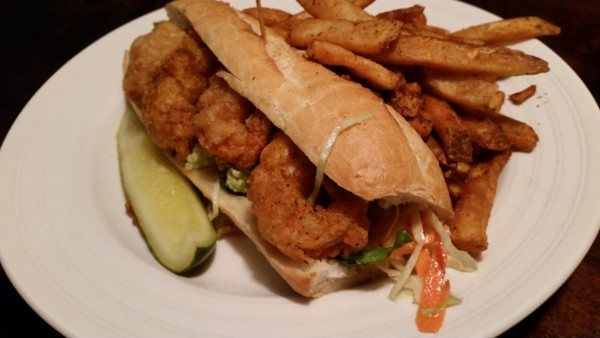 When we first walked in to NOLA on the Square, we were hopeful that a great meal would await us. The ambiance was inviting and chic, and the restaurant was buzzing with business people on their lunch breaks. There were many classic, Creole-inspired items on the menu like gumbo, crawfish dishes, po boys, a muffaletta, and jambalaya straight from New Orleans.

The menu descriptions all sounded delicious and promising. However, we felt that the food and the service overall just fell flat.

Read moreNOLA on the Square Review – Burgers and Sandwiches in Downtown

A visit to Point Brugge Cafe in Point Breeze is like being transported to Europe.

Settled in an unsuspecting neighborhood, you'll find yourself surrounded by quaint houses, a small selection of local businesses, and this corner restaurant that resides in the first floor of a house.

After stepping through the doors you'll feel like you're in your favorite corner restaurant in Europe, about to order a meal you traveled thousands of miles to enjoy. 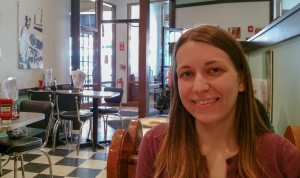 When it comes to great breakfasts in Pittsburgh, there is one restaurant that everyone talks about: Pamela's Diner. This restaurant chain is a Pittsburgh institution and has been feeding locals and visitors alike for well over thirty years.

We suspect that you will, too.