If there is any neighborhood in Pittsburgh that has changed the most in the last few years, it would be East Liberty.

The neighborhood is the poster child for gentrification and is now home to luxury lofts, numerous restaurants, and easy access to the growing tech hub in Bakery Square in nearby Larimer (although tenants there like to call themselves part of East Liberty partly due to association-by-gentrification).

While we could spend a long time discussing the gentrification of neighborhoods like these (we encourage it in the comments!), in our neighborhood guide series we want to take a look at what East Liberty is now and highlight the history and some of the spots we visit when exploring the neighborhood- namely the restaurants and a few limited attractions. 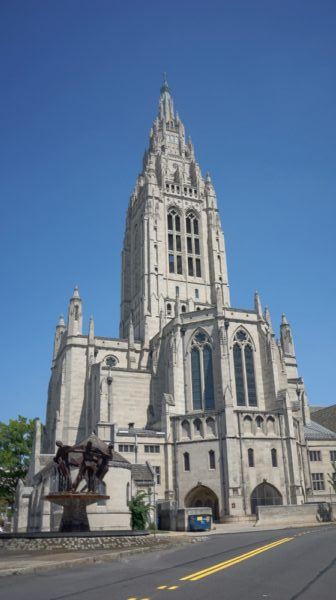 In the early days of Pittsburgh's history, the land now known as East Liberty was farmland owned by just a few individuals.

East Liberty grew in the mid-1800s when Thomas Mellon married Sarah Jane Negley (daughter of one of the landowners) and they began renting out the land. At the same time, they also worked to get the area trolley stops and a station for the Pennsylvania Railroad, which helped with its growth.

Over the next few decades, many affluent industrialists made East Liberty their home (then Collins Township) and many immigrants moved into the growing community as well. It was during this time that Pittsburgh annexed the township and it started to become a thriving commercial center.

By the mid-1900s a number of government policies were enacted that hit East Liberty especially hard and, coupled with the collapse of steel, ensured the neighborhood would be depressed economically for decades.

It wasn't until the early 2000s that interest in East Liberty began to change with the addition of national retailers like Home Depot and Whole Foods. More businesses followed including retail shops, an assortment of dining options (that is growing rapidly), Google just a few blocks away, luxury condos, and a couple of trendy hotels.

This all came at the expense for the neighborhood's minority residents who were displaced from their housing in the process, making East Liberty a prime example of gentrification in Pittsburgh- with all the connotations that go along with it.

Ignoring a few small deviations, the conventional boundaries of East Liberty are Negley Avenue to the west, Stanton Avenue to the North, Negly Run and East Liberty Blvd to the East, and Centre Avenue and Penn to the South (depending on which one is further south as they intersect at a neighborhood boundary; however, for the Centre Avenue boundary we generally think the busway just south is a clearer divider).

All of the businesses featured below are included in the above map.  To read our review or visit the shop's site, either click the link in the map above or in our post below when available!

Things to Do in East Liberty

To be honest, as much as we've explored East Liberty we've found that the rapid gentrification of the neighborhood has removed most of the hidden gems you may expect to find in Pittsburgh neighborhoods.

While many spots remain from the region's history, including several storefronts for services and goods, a large percentage of the neighborhood is new in the last decade or so.

As it stands now the two largest reasons Pittsburghers visit the neighborhood are to either shop at big box chains like Whole Foods, Home Depot, and Target, or to hit up one of the many restaurants (more on those below).

But there are a few unique spots in East Liberty that is worth visiting beyond these, and one hidden gem is the Kelso Museum of Near Eastern Archaeology at the Pittsburgh Seminary. This museum chronicles the Seminary's excavations in the Holy Land, and also has a rather neat exhibit on the history of written language that is worth checking out!

Going beyond this museum, East Liberty is also home to a few performing art venues, the Kelly Strayhorn Theater and Quantum Theatre, which offer an array of shows throughout the month from live music to plays.

Beyond these, most of East Liberty has been rebuilt with modern luxury condos that are terribly gaudy. However, a few gems like the East Liberty Presbyterian Church still exist that offer a stark contrast to the neighborhood's design.

Unfortunately, this all comes together for why we often just stick to this neighborhood for its new-found dining scene.

Bars and Restaurants in East Liberty 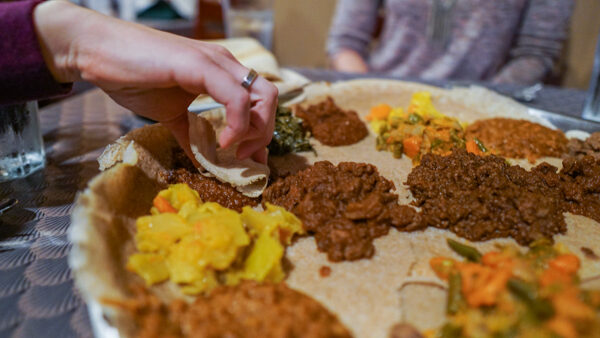 The dining scene in East Liberty has been growing at a rapid pace, and not a month goes by without the announcement of a new restaurant coming in. As such, keeping up with all of the restaurants has been a challenge (but a very tasty challenge we've been happy to accept all the same).

Restaurants here range from international staples to restaurants that are trendy for the sake of being trendy. While many are average to above average in nature, others are stellar.

When it comes down to it, we recommend being quite discerning when looking at menus in this particular neighborhood, and doing so will help ensure you find a gem that is right for your own palate.

As with all of the restaurants included in our neighborhood guides, the following is a list of restaurants that we have either visited or are others that are high on our list to visit in the near future. It is not a complete collection of every restaurant in the neighborhood.

The links will either go to our reviews (when we've visited) or to the restaurant's website (when we have not) in order to provide more information. Please also note that East Liberty has some rather high restaurant turnover as well!

For the longest time, we did not visit East Liberty much because we thought the parking situation was, in a word, awful. Street parking is limited at best, and most of the garages are for the big box retailers only.

It wasn't until much later that we found out that there are, in fact, many surface lots and side streets in East Liberty that are metered that most visitors do not seem to park in at all (judging by how empty they are most of the time, at least).

The two metered lots we often park in are located at Beatty St / Mignonette St (behind Tana) and between Kirkwood and Broad just off of Centre Ave (across from the Target)- both illustrated on our map above. The lots are metered until late in the evening, but sometimes you may be able to find street parking next to them where the meters end at more conventional hours.

Many of the higher-end restaurants in the neighborhood also offer valet parking for a fee as well.

As it stands right now, there are two hotels in East Liberty- the Ace Hotel* and Hotel Indigo.

Both of these are fairly trendy hotels with attractive price points, and are located just steps away from many of the restaurants listed in this guide. If you are visiting and looking for a nice hotel with many restaurant options close by, these two are worth considering to be in the heart of the neighborhood. Otherwise, you may want to check out VRBO for more accommodation options.

*The Ace Hotel closed at the start of the COVID-19 pandemic and it appears it will be changing ownership and/or theming eventually. As such, we would not recommend booking that hotel at this time.

Other neighborhoods nearby, like Oakland and Shadyside, have additional hotels as well. For reviews of the hotels in Pittsburgh we've personally stayed in, click the previous link!

Check out our latest posts from East Liberty at the following links:

Have a spot we should visit in East Liberty, or want to talk about the neighborhood in general? Comment below to share!

Looking for more neighborhood guides? Check out our guides to Squirrel Hill, South Side, the Strip District, or Lawrenceville! 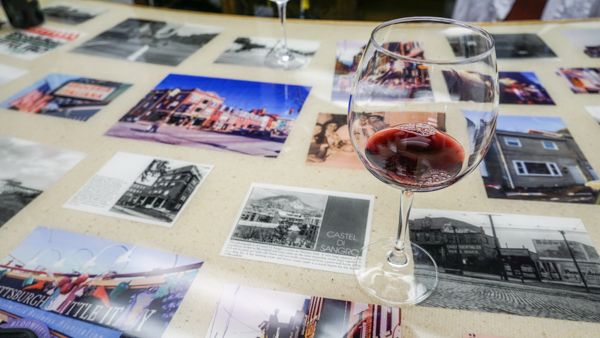 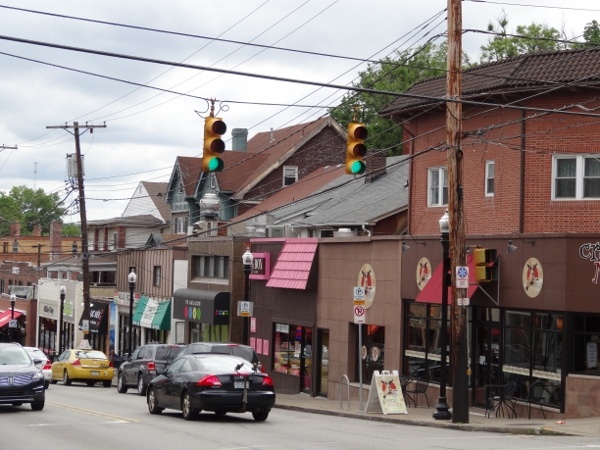 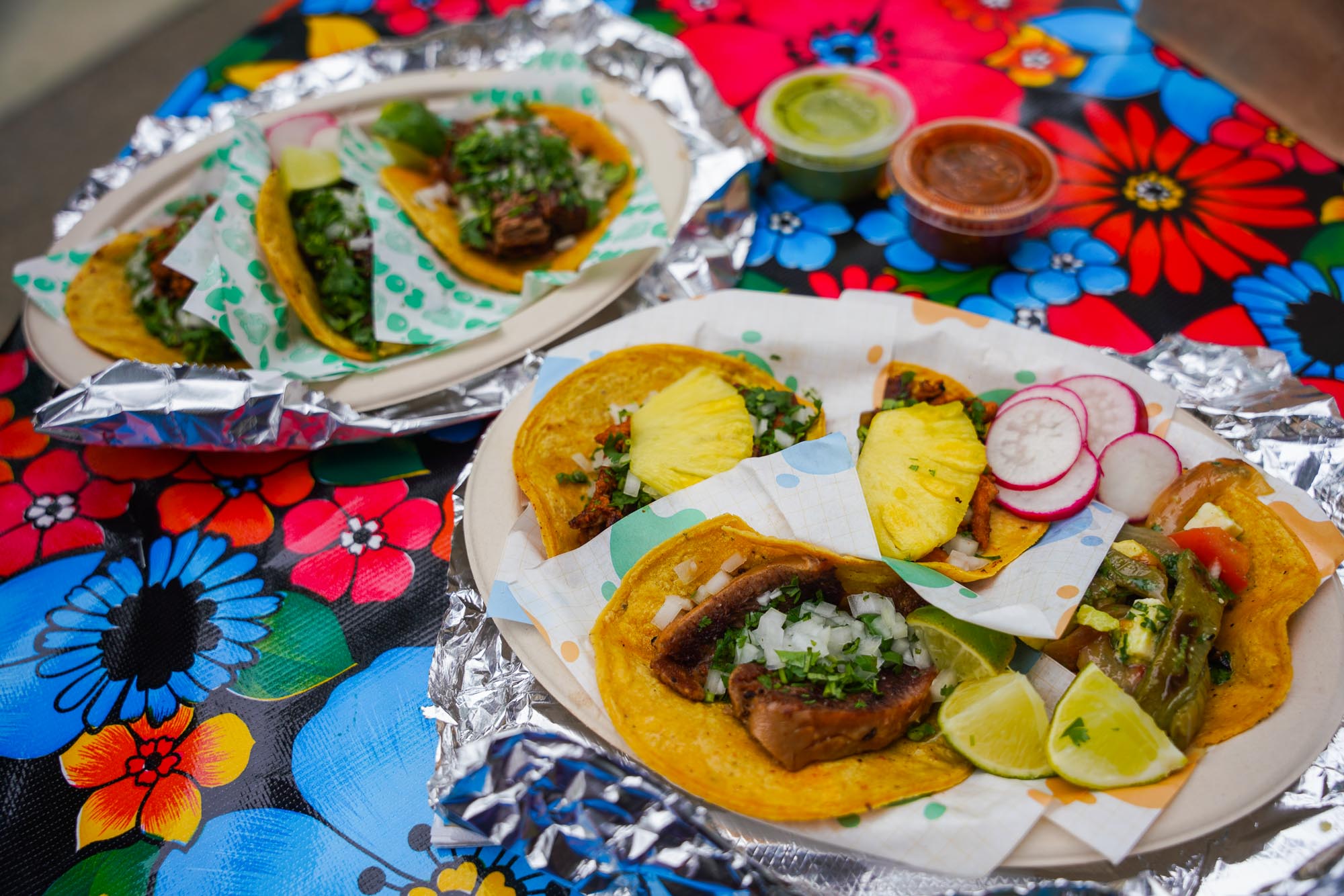 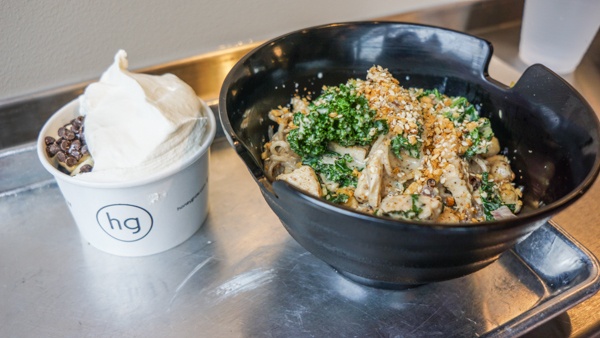 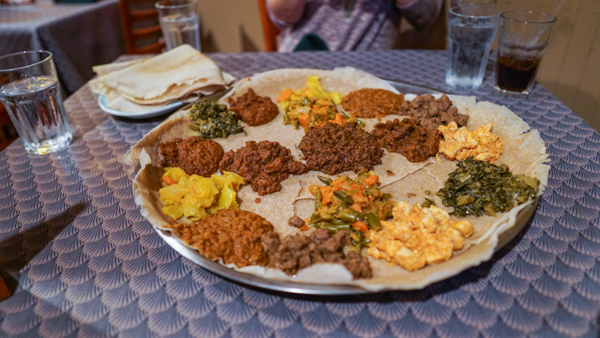 2 thoughts on “An Attraction and Dining Guide to East Liberty”

Are you in local Pittsburgh media (such as a blogger or Instagrammer)? Let’s meet up!
616 shares