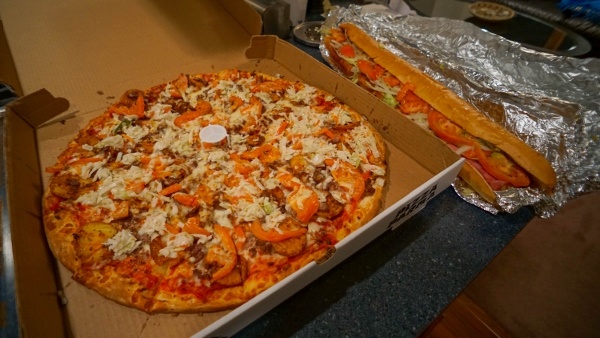 Pizza Parma is a local Pittsburgh pizza shop that has been earning rave reviews from local media and has expanded to multiple locations around the city.

But is it worth your money? We just had to find out.

Going for the Pittsburger at Pizza Parma 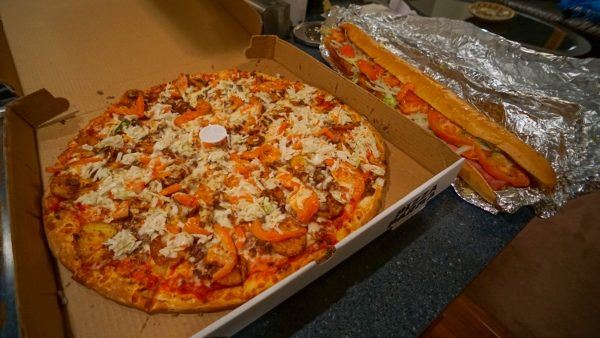 Pizza Parma has a pretty impressive menu ranging from common pizzas to unusual specialties, along with sides like hoagies, wings, and more. On our visit, one specialty pizza caught our eye that we knew we had to try: the Pittsburger.

This pizza is a traditional pie topped with tomato, steak, buffalo fries, and coleslaw and attempts to mimic the iconic Primanti Brothers experience but in pizza form.

It would be easy to define this pizza as a true Pittsburgh pizza through and through (we do put fries on just about everything), but in being honest this pizza just didn't have the charm of some other Pittsburgh-inspired meals.

The most notable reason for this, we think, was that the coleslaw did not stand out in anyway and was more of a filler than a star topping. 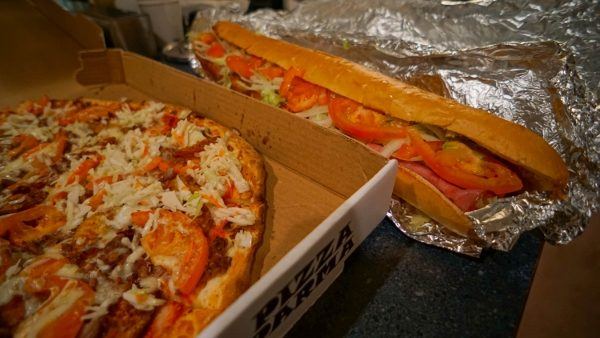 As far as pizzas are concerned, I want all my toppings contributing to the taste, or I don't want it at all.

Ignoring the Pittsburgh-esque toppings for a moment, what we can say is that the pizza itself (namely the crust, sauce, and cheese) are a step above the sub-par Pittsburgh pizza shops that plague this city.

There was little grease, the crust had some substance to it, and overall was an above average slice of pizza despite the fact that the toppings we chose were not that great.

So while you may not be seeking out Pizza Parma for a pie with a specific topping on it, one reason you may want to consider this one is for its size.

Pizza Parma's Meals are Huge (And Get Larger with the Specials) 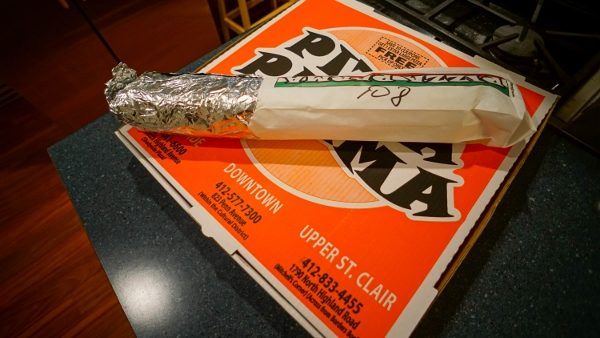 One of the most impressive things about Pizza Parma is in the size of their meals- pizzas and otherwise.

Our order was off of the specials menu which offered a free 20″ hoagie with any extra large (18″) specialty pizza. I want to let that sink for a second as the sub is actually bigger in length than their largest pizza as that is truly a feat.

This deal was perfect for those who need to feed a small army, or me over just a few days while Angie was out of town (if we're being honest), and the bonus of getting a $14 hoagie for free for just $3 to upgrade from a large as a no-brainer decision on my part.

The hoagie itself was relatively plain, and got some kicking up with dressings we had in our fridge, but that is a small price to pay for a free-to-cheap sub.

Overall, I wouldn't classify Pizza Parma as the best pizza in Pittsburgh. I'm not even sure if I would put it close to it.

But for those looking for a great deal on a large quantity of pizza and sides, Pizza Parma could be a good option. Just don't miss checking out the specials section as a way to supersize your order with little extra spending, if any at all!

Pizza Parma has two locations in and around the city. Our review is based off of the downtown location at 963 Liberty Avenue. 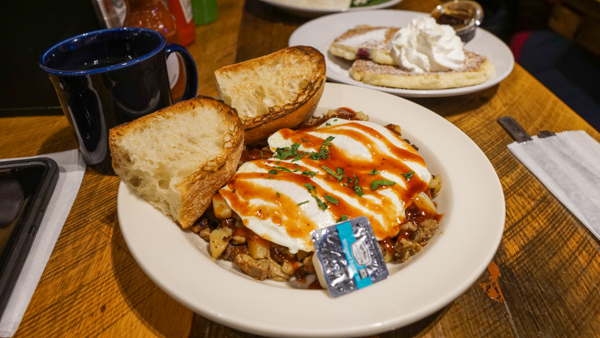 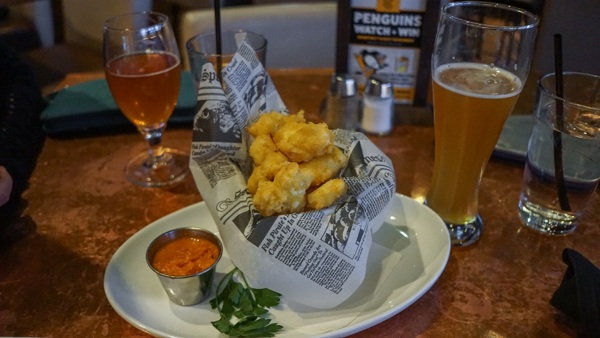 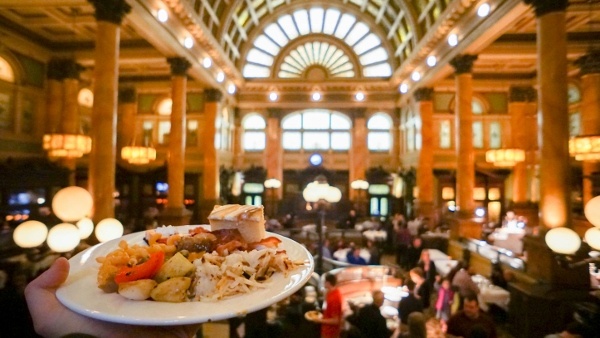 Are you in local Pittsburgh media (such as a blogger or Instagrammer)? Let’s meet up!
Scroll back to top
116shares