Mellon Park stands on what was the estate of industrialist and banker Richard Mellon. Although Mellon's mansion is now gone, the park and the beautiful walled garden, previously attached to the home, remain.

Today the park is used as a beautiful public space with live music at the Bach, Beethoven, and Brunch series in the summer months, and is also home to a hidden memorial in the Walled Garden that only comes out at night!

Bach, Beethoven, and Brunch in Summers on Sunday 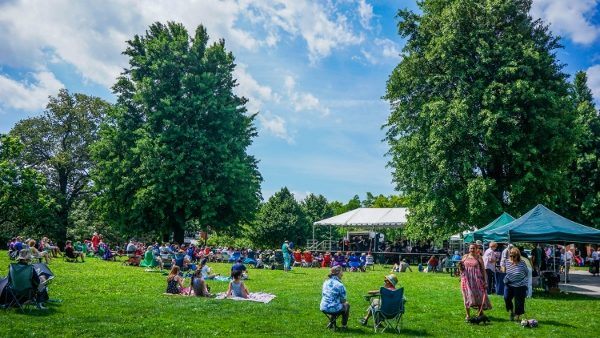 In the summer months, Mellon Park hosts one of Citi Park's summer concert series on the park lawn next to the Walled Garden mentioned above.

The series at this particular park is called Bach, Beethoven, and Brunch, and features groups such as River City Brass, Aeolian Winds, or the Allegheny Brass Band who have been known to make an appearance during the Sunday morning shows. 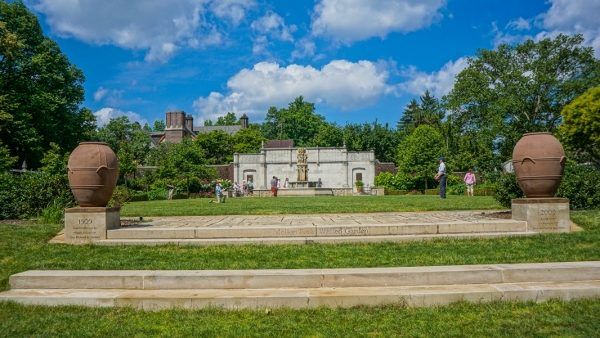 The name itself is a bit of a misnomer as the bands and ensembles play a wide variety of music and are certainly not limited to the two composers in the name. During our visit River City Brass played New Orleans jazz, a Star Wars medley, and more to give you an example. 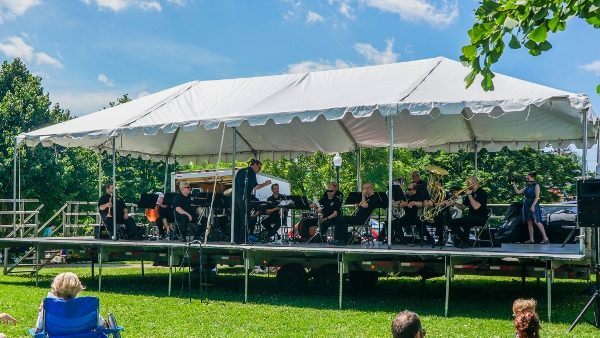 It is also worth noting that the stage is typically put up in an open clearing, with the Mellon Park hillside facing away from the stage. Those who want to see the band (and sit in the shade!) should plan to arrive quite early as the spots fill up fast. Otherwise you can sit out in the clearing (which can get hot) or on the hillside in the shade, minus a view of the stage. Definitely not deal breakers, but worth keeping in mind. 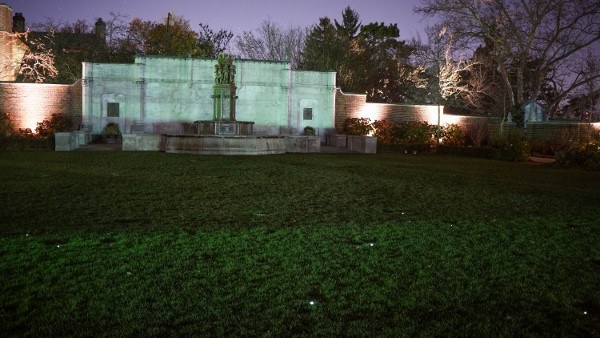 Going beyond the live music, the feature of the Mellon Park's Walled Garden you absolutely must check out is the memorial to Ann Katharine Seamans- a Pittsburgh native who loved to visit the park to watch the stars come out at night.  To honor her memory, artist Janet Zweig was commissioned to create a unique piece that honors the moment of her birth in 1979.

To make this memorial even more personal, the lights are installed in a pattern that matches the constellations that were overhead on the moment of Ann's birth in 1979. 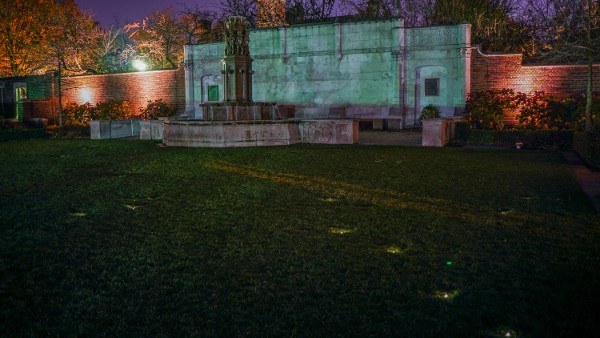 Mellon Park is a Unique Experience in Pittsburgh

When you first enter the park after hours, you may wonder if the exhibit still exists because the photos you see online may be a bit misleading.  Rather than all of the stars being visible across the entire garden, most of them are obscured by the grass such that you only see the ones closest to you.  This means that stars come in and out of view as you wander the grounds throughout the exhibit, just as they come into view across the night's sky over time.

You may not get to see the constellations as intended, but the effect is pretty neat all the same.

Whether you decide to visit this park to watch the stars move across the sky like Ann Katharine Seamans did, or only make a brief visit to make your own star trails with a camera like we did, or even during the day in the summer to listen to the live music, Mellon Park is well worth the stop to check out a feature of Pittsburgh's public parks and gardens you may never have heard about! 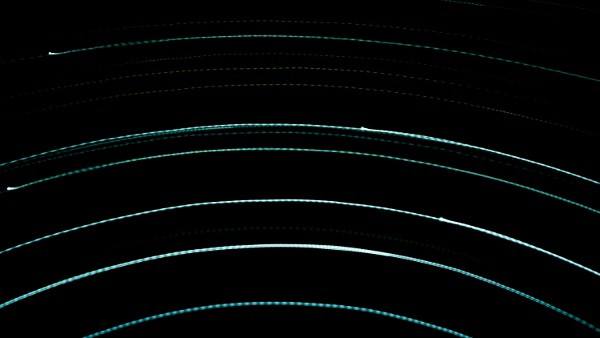 Mellon Park is located along Fifth Avenue in Point Breeze/Shadyside  The Walled Garden is located in the section of the park to the south of Fifth Avenue, with parking available on Parkton Place off of Shady Avenue near the Phipps Garden Center.

Please note that the Walled Garden is substantially darker than illustrated in our photos as they were taken with 15 to 30 second exposure to compensate for the low lighting. 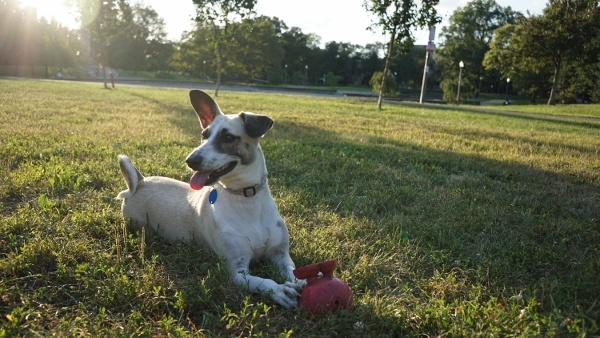 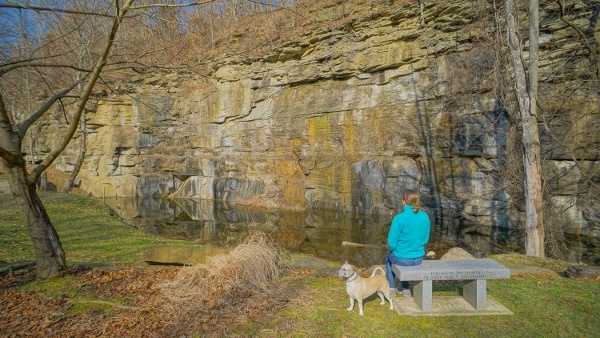 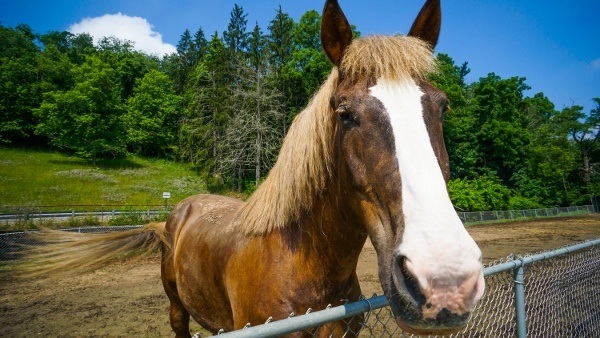 Find More to Do in Shadyside 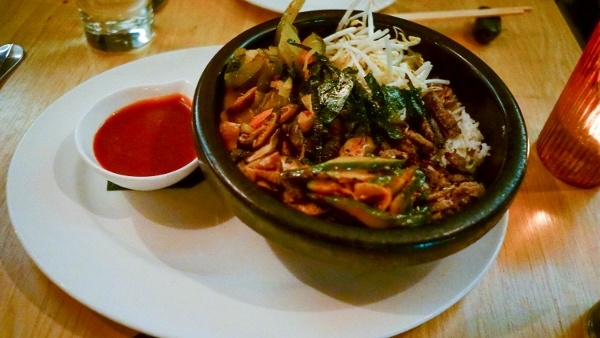 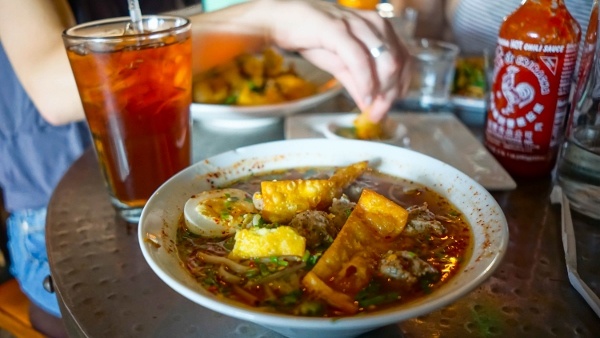 Are you in local Pittsburgh media (such as a blogger or Instagrammer)? Let’s meet up!
793 shares