When driving through the borough of Ligonier in the Laurel Highlands, you can't miss Fort Ligonier. This imposing, recreated fort is located right in the heart of the town and is a highlight all visitors must check out.

We've got to hand it to this one, it does an exceptional job of bringing the history of southwest Pennsylvania during the 1700s to life! 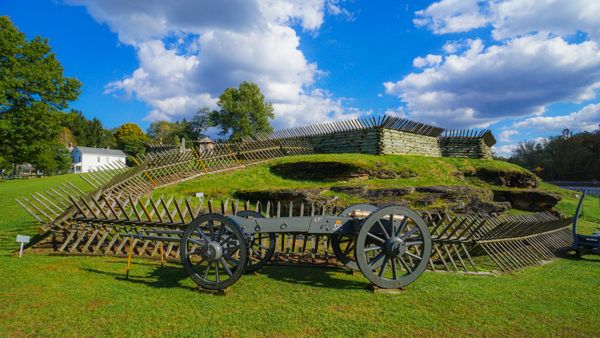 Although Fort Duquesne was captured just months after the start of construction of Fort Ligonier, the fort itself was used for eight years and was an integral part of the supply chain from the east during the French and Indian War (after which it fell out of use). 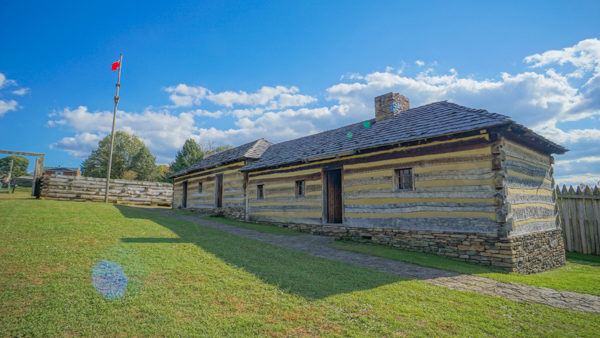 Today almost all of the fort is a modern reconstruction using historical records found on-site, in letters and journals, and more. The team managing the fort goes to pain staking efforts to ensure the authenticity of the build- and it shows. 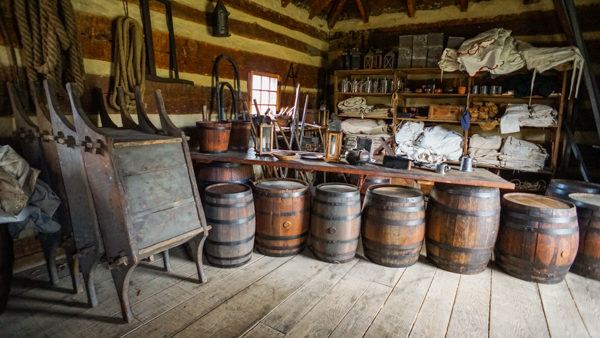 Whether you're walking around the perimeter walls, viewing the artillery, or checking out the interior of a barracks or General Forbes' residence, you'll really feel like you are transported back to 1758.

A Stellar Museum at Fort Ligonier as Well

Going beyond the fort itself, the site is home to a rather impressive museum with exhibits featuring the fort, the Seven Years' War, and historical artifacts from the early days of the USA as well (including a room dedicated to all things George Washington). 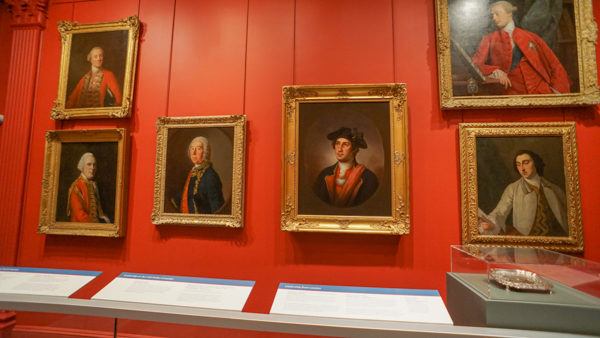 We'll let you visit to see the detail of all the exhibits themselves, but two really stood out to us that we can't help but share. 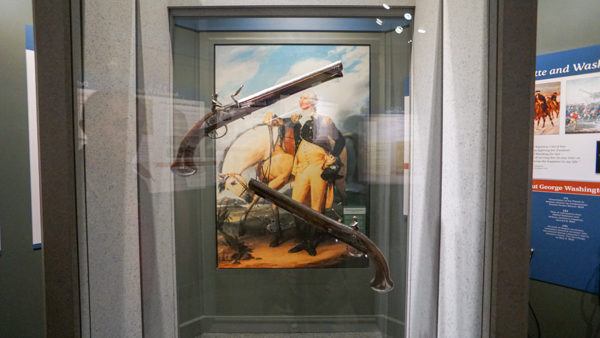 The first is a pair of pistols given to George Washington by the Marquis de Lafayette during the Revolutionary War that Washington is said to have cherished throughout his life. They were then given to Andrew Jackson who later gave them back to the Lafayette family before ultimately winding up in the museum. 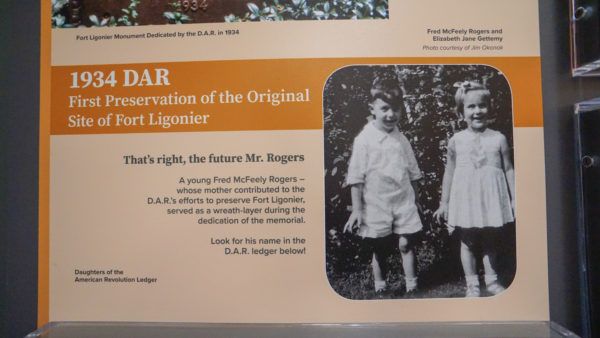 The second is a photograph and ledger from the early days of the Fort Ligonier site in 1934 which features a young Fred Rogers from a wreath laying dedication. Yes, that Fred Rogers many years before becoming the iconic Mr. Rogers revered by the city today.

Fort Ligonier is located at 200 S Market Street in Ligonier, PA. We were guests of the museum during our visit. As always, all opinions are our own. Be sure to get your sticker in your Westmoreland Heritage Passport when visiting! 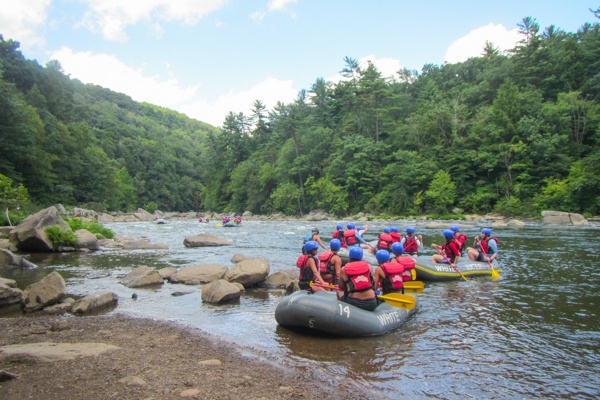 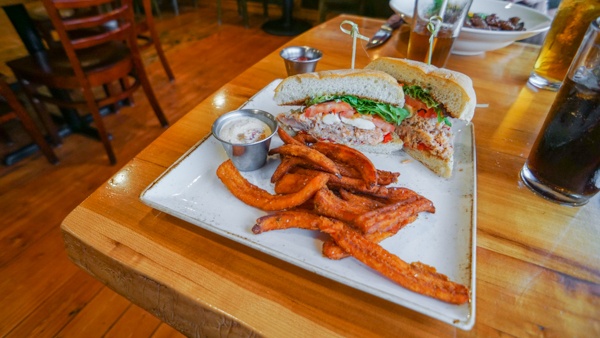 Are you in local Pittsburgh media (such as a blogger or Instagrammer)? Let’s meet up!
1122 shares