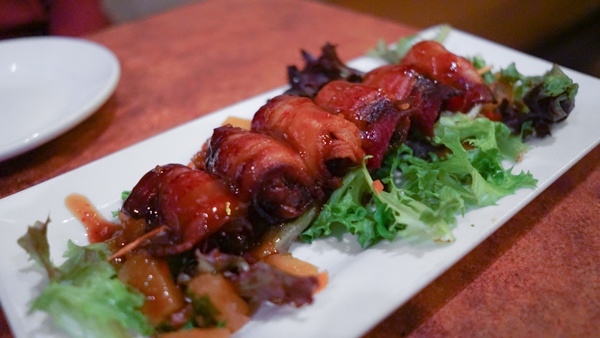 Dive Bar is, in contrast with its name, a modern gastropub with three locations in the area in Lawrenceville, South Side, and Wexford. The menu features several standard bar favorites like burgers and wings but mixes it up with some twists including unique appetizers and sandwiches. They've also got a great happy hour deal which is $2 off draft beer and half off appetizers.

We visited the Lawrenceville location recently for happy hour and were pleasantly surprised at our meal. We thought Dive Bar was going to be just another mediocre bar in the sea of many in Lawrenceville, but there were a few things that set it apart. 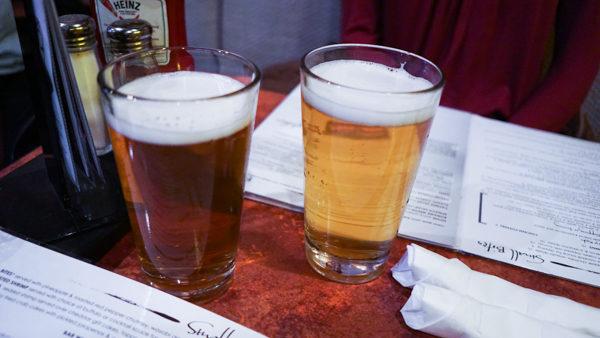 For drinks you'll find a moderately sized craft draft list with a few local options, and a slightly larger can and bottle selection including offerings from regional breweries like Full Pint, North Country, and Voodoo. There's also a craft cocktail menu including a martini menu and a few special brunch drinks.

We couldn't pass up the happy hour specials, though, and ordered a few draft beers including the Neshaminy Creek Highwater Hefeweizen made in eastern PA.

We knew we wanted to order an appetizer as they were half off but had trouble deciding because the appetizer menu alone is huge and quite varied. Shrimp and grits, crab cakes, and ahi tuna bites were some of the more intriguing options next to standards like wings, calamari, nachos, and quesadillas. 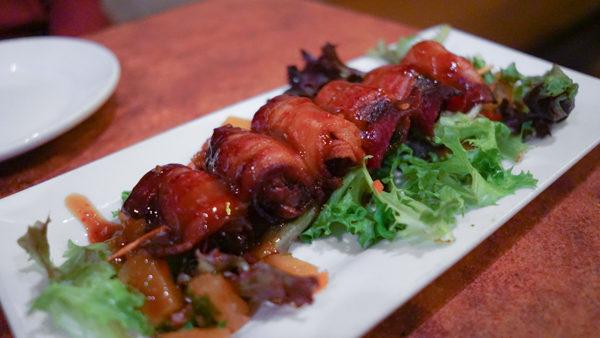 The unusual sausage-stuffed bacon-wrapped dates caught our eye, so we took a gamble and were rewarded with a delicious, rich plate of food. The sausage stuffing was savory next to the starchy, sugary dates, which was set off by the crispy, salty bacon.

It's the kind of appetizer you can only eat a few bites of because it's so decadent, but we have to be honest in saying that we almost ordered a second on the spot.

The Dinner Menu Makes it Hard to Decide 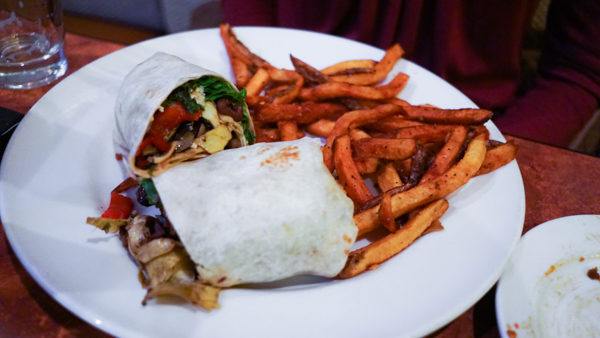 When it comes to picking entree choices at Dive Bar, your decision is going to be quite difficult as the menu is fairly large.

I was trying to steer my meal back towards the land of the slightly healthy, so for entrees I was perusing the vegetarian and seafood offerings like the salads, mahi mahi sandwich, or the hummus wrap.

I decided on the Mediterranean wrap which was stuffed with balsamic-marinated portobello mushrooms, artichokes, olives, roasted red peppers, and a lettuce mix.

The briny flavor of artichokes and olives dominated the sandwich, along with the pungent balsamic flavor from the mushrooms. I enjoyed it but it could have used something to balance these bright and acidic flavors. The wrap was served with fries that were adequate but not that memorable. 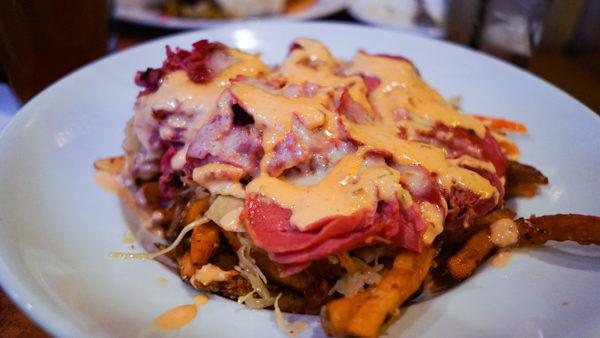 Jeremy went all in on a Reuben bowl which is in the menu section entitled “I Hate Vegetables” (and is one of several different Reuben iterations found at Dive bar, including in appetizer wrap form, as the standard sandwich, and on a burger).

This bowl started with fries and was topped with corned beef, Swiss cheese, slaw, and a drizzle of thousand island dressing. I thought this dish was just going to be an over-the-top novelty, but it was actually really good.

The corned beef was some of the most flavorful and tender we've had on any Reuben in the city. The slaw was crunchy and fresh, providing a good contrast to the rest of the components of the bowl.

Although we did enjoy our entrees, given the large appetizer menu and the happy hour specials on them, we'd have to say this is more of a spot we'd return to for snacks and drinks rather than a full-on meal. But if we were in the mood for a bigger lunch or dinner, this one surely would not let us down.

Dive Bar has three locations in Pittsburgh- one in Lawrenceville, one in South Side, and one in Wexford. Our review is based on the Lawrenceville location at 5147 Butler Street. 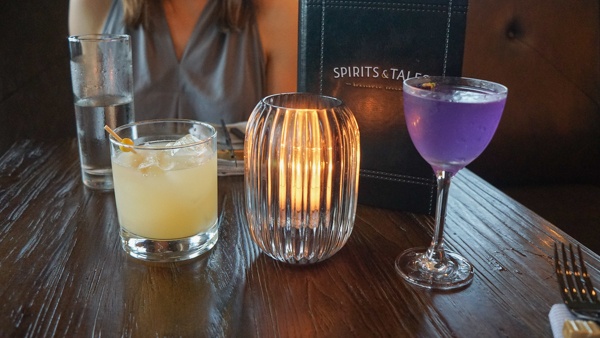 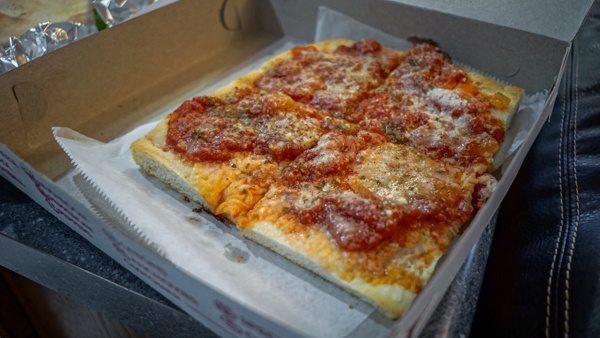 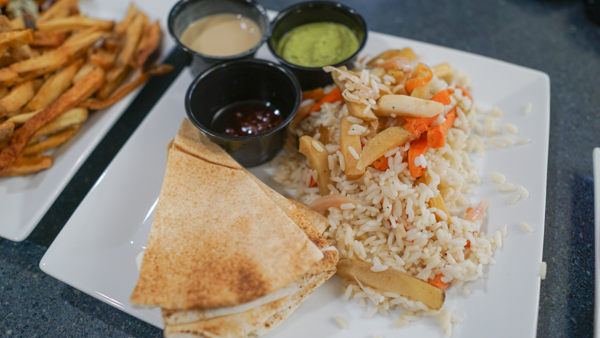 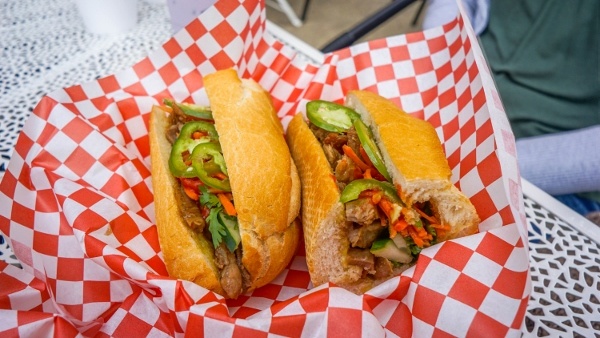 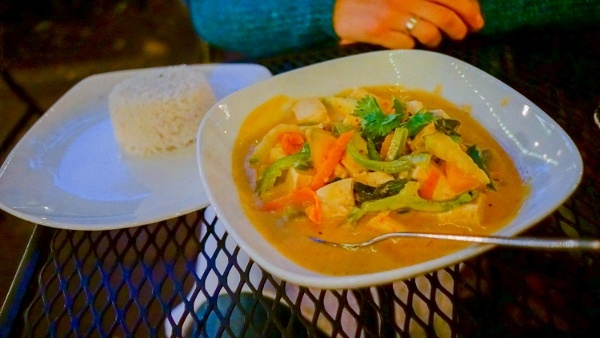 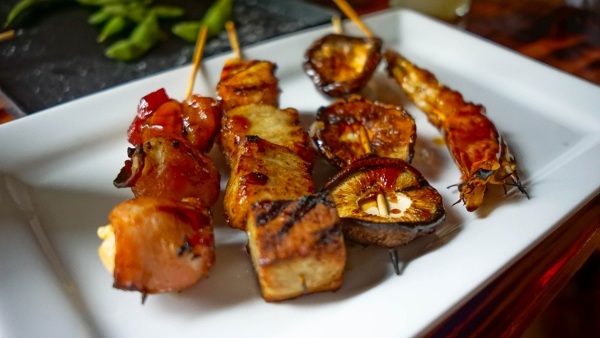 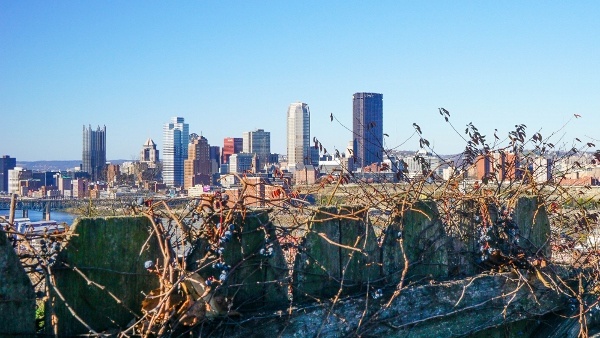 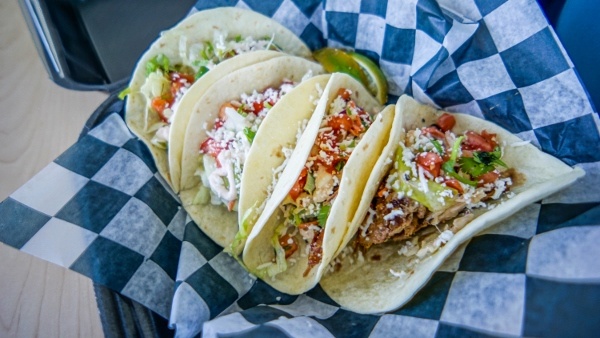 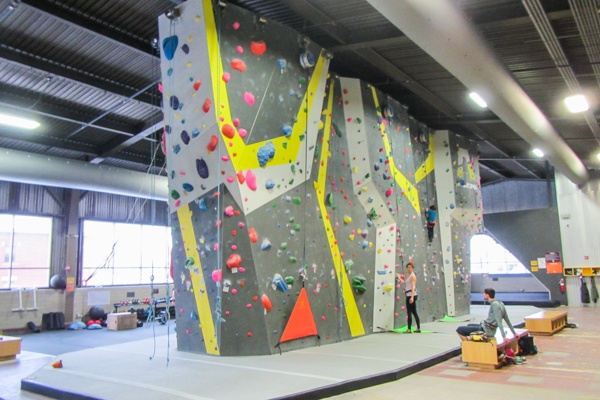 Are you in local Pittsburgh media (such as a blogger or Instagrammer)? Let’s meet up!
Scroll back to top
639shares