One museum we've always wanted to visit in Pittsburgh, but had few to no opportunities to check out, is the Children's Museum. As adults without kids (or kids we can adopt as defacto parents for an afternoon), we always felt uneasy with the idea of going to this one on our own.

Our problems were solved when one of the museum's quarterly 21+ night events came about, and we put on our detective hats and went to work as the Murder Mystery theme ensured that all of us became a kid again- for one night at least.

Arts & Crafts at the Children's Museum of Pittsburgh 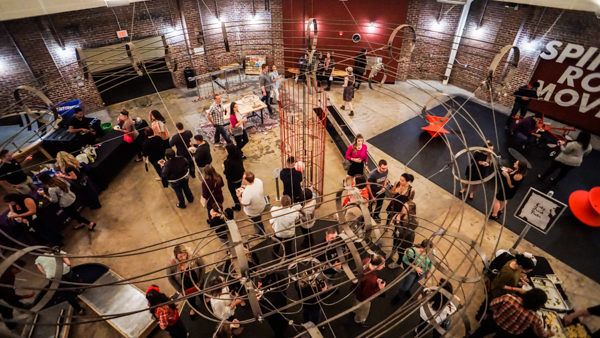 The Pittsburgh Children's Museum focuses on arts and crafts stations as well as many interactive exhibits. For our 21+ night this meant chances to hollow out books to create secret compartments, make our own monocle, and create other items to get into the murder mystery theme.

As much as we wanted to spend the evening doing these crafts (I mean, who doesn't want a monocle?), we immediately jumped into the challenge to track down a killer who was loose in the museum. 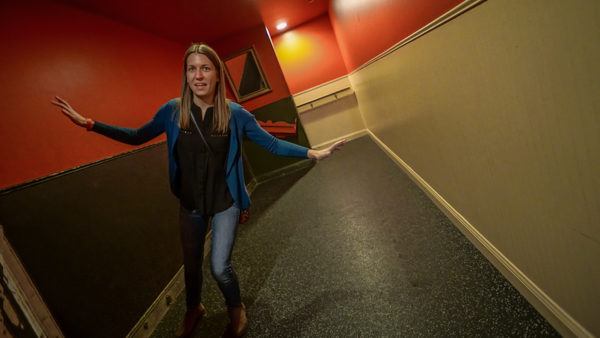 To solve the crime we had to explore the museum and find a series of about a dozen clues spread out amongst the rooms while enjoying the exhibits, snacks, and alcohol along the way (hooray!).

We thought we had solved it within a few minutes of arriving due to stumbling upon a final clue early on, and when it came time for us to submit our answer we found out we were wrong. Oh so very wrong. Not once, not twice, but three times because the final clue tripped us up so much. 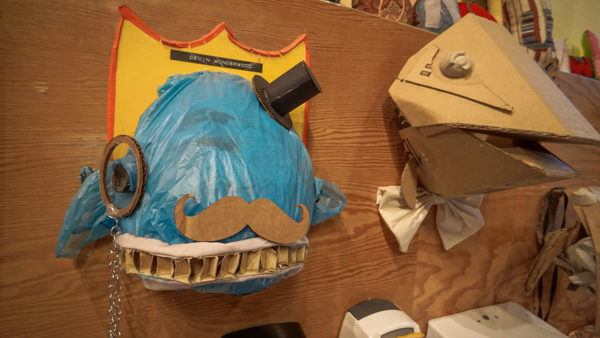 Oops. I guess that is what we get for trying to be sneaky.

Even though we were terrible at it, the Murder Mystery theme was a lot of fun. Give us a few beers and a chance to escape realities of adulthood for a few moments and we'll get into it every single time.

From there, the rest of the evening was spent enjoying the many interactive exhibits found in the museum!

Stellar Interactive Exhibits at the Museum 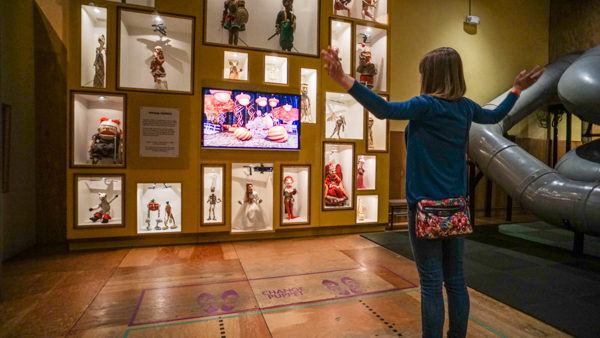 As adults without kids, when we visit children oriented museums we're often like a fish out of water. We can understand the exhibits and easily see how they would fit in for different age categories, but in the end, they don't do much for us.

At the Children's Museum of Pittsburgh, I can safely say that we enjoyed the exhibits as much as any kid would (and after a few beers from the 21+ night, maybe even more). 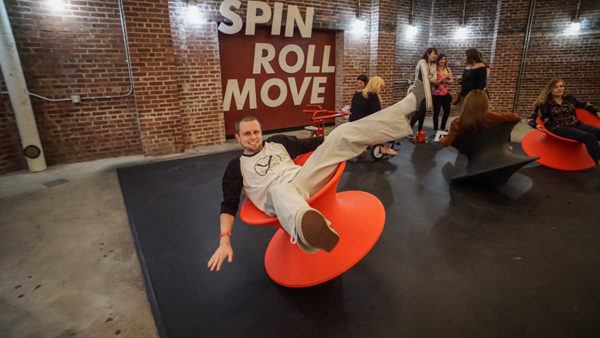 The reason for this is that most of the exhibits at the Children's Museum are interactive in nature, and provide hands on ways to play and learn at the same time. 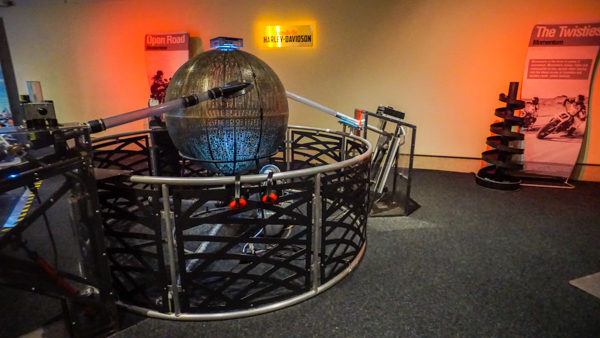 Going beyond the crafts mentioned above, there is an entire section dedicated to Harley Davidson's with bike simulators and a globe of death (oddly enough, not referenced that way), interactive tracks to hurl ping pong bowls through jumps and loops, a wooden mirror exhibit, and so much more.

Suffice it to say, we had a blast becoming kids again and the dozens of other adults at 21+ night also seemed to have the same feeling. While a few rooms in the museum were closed off that you can only access with a regular ticket, we can safely see why this museum is considered one of the best in the city.

Oh to be a kid again! 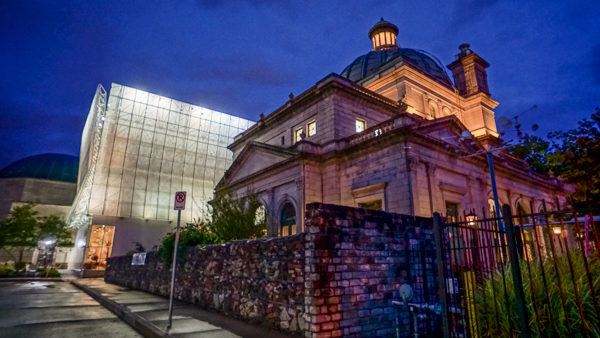 The Children's Museum of Pittsburgh is located at 10 Children's Way in the North Side. 21+ Nights are said to occur every quarter; however, we have seen them scheduled roughly once or twice a year in recent years.

For more 21+ events in Pittsburgh, check out the adult nights at the Pittsburgh Science Center or Carnegie Museum of Natural History! And while you're in the North Side, be sure to stop over at Federal Galley for a meal just across the street! 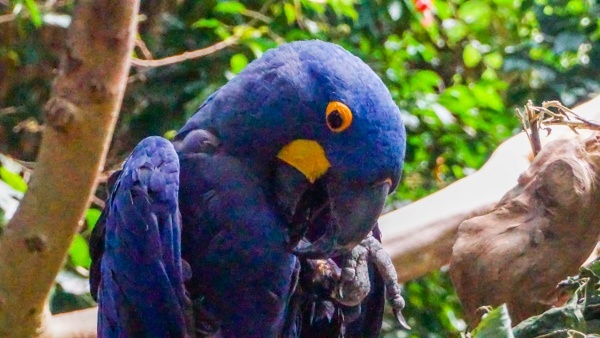 Are you in local Pittsburgh media (such as a blogger or Instagrammer)? Let’s meet up!
518 shares