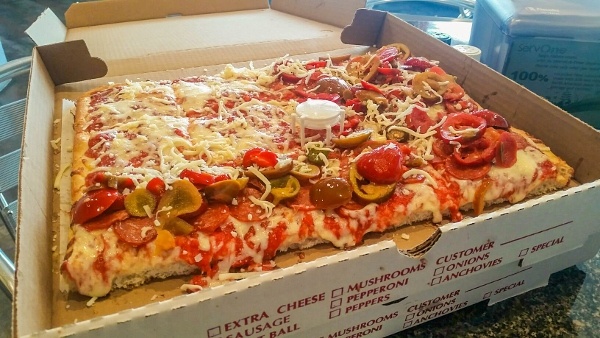 We frequently share images of Pittsburgh pizza shops on our Facebook page, often to a chorus of cheers, boos, and recommendations of where else to eat in the city.

On a recent share of Beto's Pizza (a local spot famous for square slices and cold toppings), we received a flood of suggestions to check out Police Station Pizza- another shop that focuses on square, by-the-slice pies.

But rather than adding toppings after the pizza bakes for a cold / warm hybrid, this one ensures your meal is hot the whole way through with only a small sprinkling of toppings after the fact (including a very faint amount of cold cheese) making for the best of both worlds.

Order By the Square at Police Station Pizza 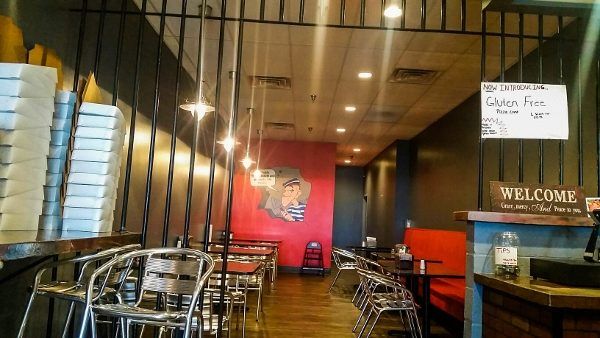 When ordering at Police Station Pizza, you need to get in the mindset of how many slices you'll order and what toppings you want on each as this restaurant is not set up in the traditional style of small, medium, and large.

I made a bit of a rookie mistake when ordering as the first thing I did was notice that the 24 cut pie was heavily discounted over smaller quantities (the break-even point is around 18) so I ordered it with toppings split eight, eight, and eight with the thoughts of having leftovers. 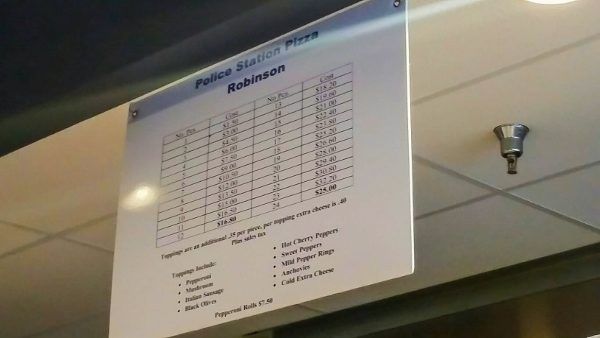 As it turns out, the slices themselves are quite massive and most people only need two or three to be stuffed. So, naturally, I ended up with way more than I anticipated that ended up being a bit of a problem that I'll get into later on.

I dove into sampling the three pieces right away, despite taking the order to go, and tried one of each of the plain, sausage and black olive, and pepperoni and hot pepper that I ordered.

The first thing you'll notice when eating Police Station Pizza's slices is that they are incredibly crunchy.

The bread is thick with a nice crust on the bottom that is accompanied by only a nominal amount of grease. When it is all said and done the fresh, out-of-the-oven taste is almost without compare and made me a very happy customer at that very moment (and a convert on the hot peppers for all future orders).

But that changed when it came to having leftovers.

The Pizza Does Not Stand Up Well as Leftovers 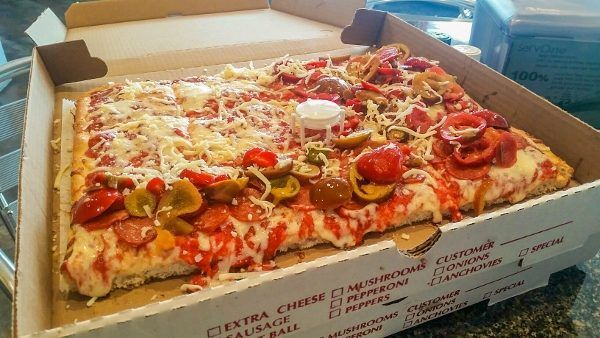 Normally when you have pizza later on as leftovers, you can expect the quality to go down a bit. The crust will not have that fresh out of the oven snap unless you oven bake it again, and the toppings may taste just a bit different due to the temperature variation in cooking.

These are things you expect, but at Police Station Pizza, we sadly have to admit that the pizza simply does not hold up well leftover.

The problem with this particular pizza is the thick crust.

It has a great snap to it when freshly baked, but ends up getting a bit soggy and flimsy when left over- especially when reheated through any mechanism other than an oven or grill. So much so that it is almost better to be enjoyed cold after the fact. 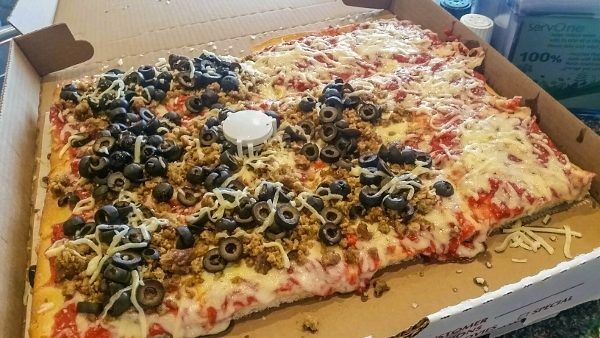 While this is a short coming in the pizza style itself and not anything of Police Station Pizza's doing, we have to admit that this one is best served fresh out of the oven. So make the trip out to Robinson to try this pizza shop for yourself, but order the right number of pieces to enjoy it in one sitting.

That is when this one is truly the best.

Police Station Pizza is closed. The restaurant was located at 1124 Park Manor Blvd in Robinson Township and is an independently operated franchise of Pizza House “Police Station Pizza” in Ambridge. We will be visiting the original shortly for their own review!

Are you in local Pittsburgh media (such as a blogger or Instagrammer)? Let’s meet up!
Scroll back to top
2169shares