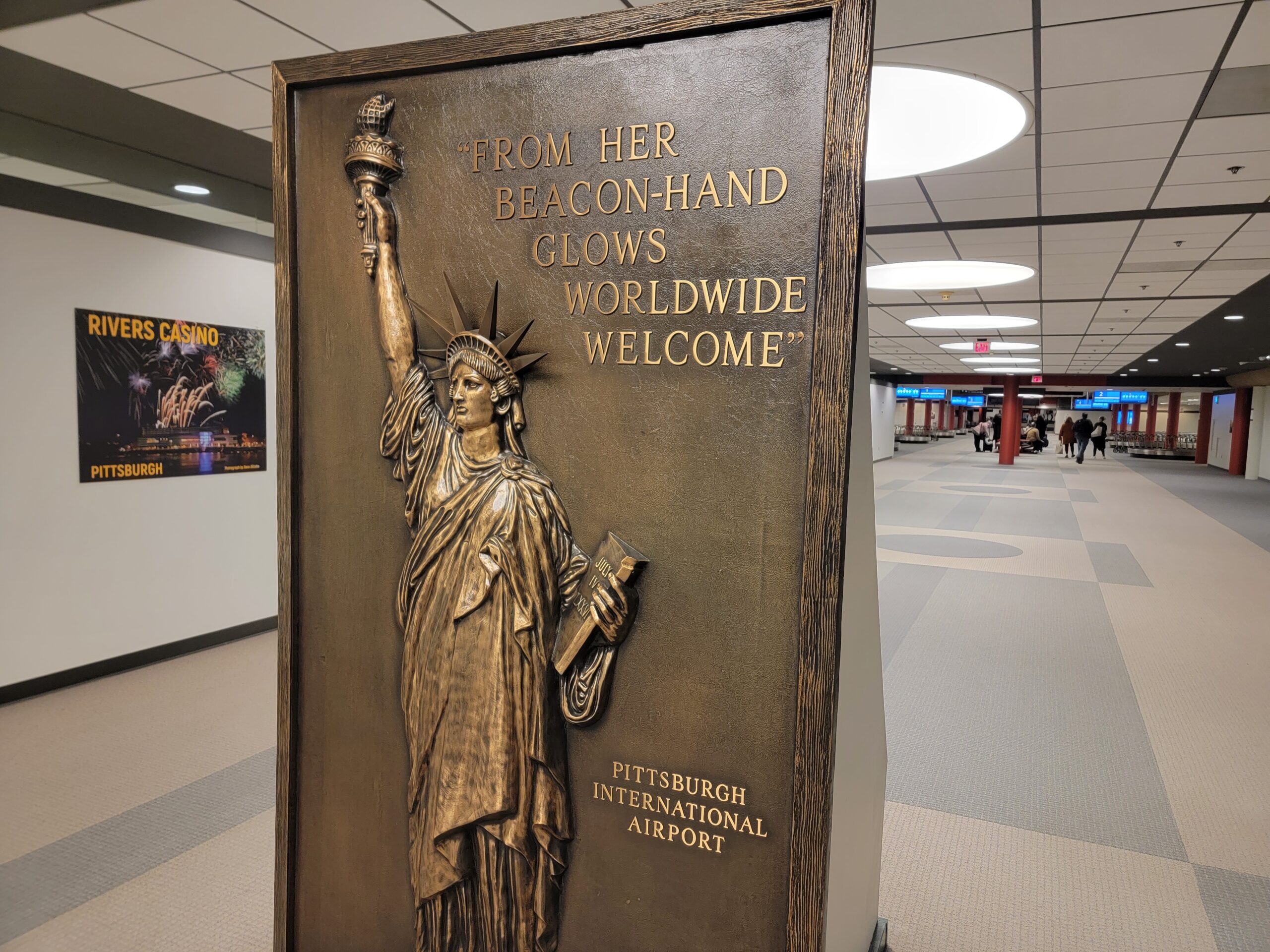 Pittsburgh International Airport has been making moves in recent years with the addition of direct flights to Europe.

Being frequent world travelers, we were eager to jump on one of these flights as direct, international travel have been something we've been dreaming of for years.

So what is the flight from Pittsburgh to London on British Airways like? While we quite enjoyed our flight, there are many things you need to know before you go (and most revolve around how bad Heathrow is).

What is the Big Deal of a Direct Flight to Europe? 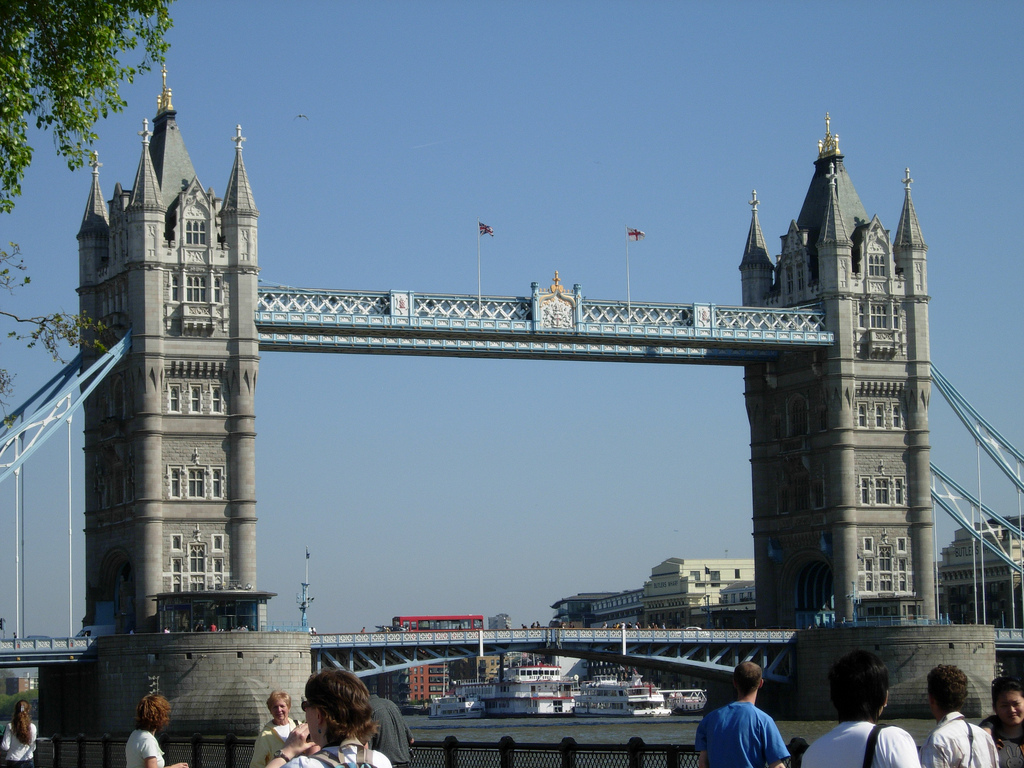 We could go through a long list of reasons why having direct flights to Europe from Pittsburgh is a big deal, but the biggest one to us is having extra time.

The PIT-LHR flight (at the time of our trip in 2022 at least), departed at 9:50 pm and arrived in London early the following morning. To catch a similarly departing flight at another airport, we'd have to fly to a hub earlier in the evening, which typically required check-in at PIT between 3 and 6 pm. Throw on getting to the airport two hours early plus transit time, and we often found ourselves having to take a half day off work if we wanted to travel on weekdays.

With direct flights to London, we had a leisurely dinner at home and didn't even think to leave for the airport until about 6:45 pm. Win! 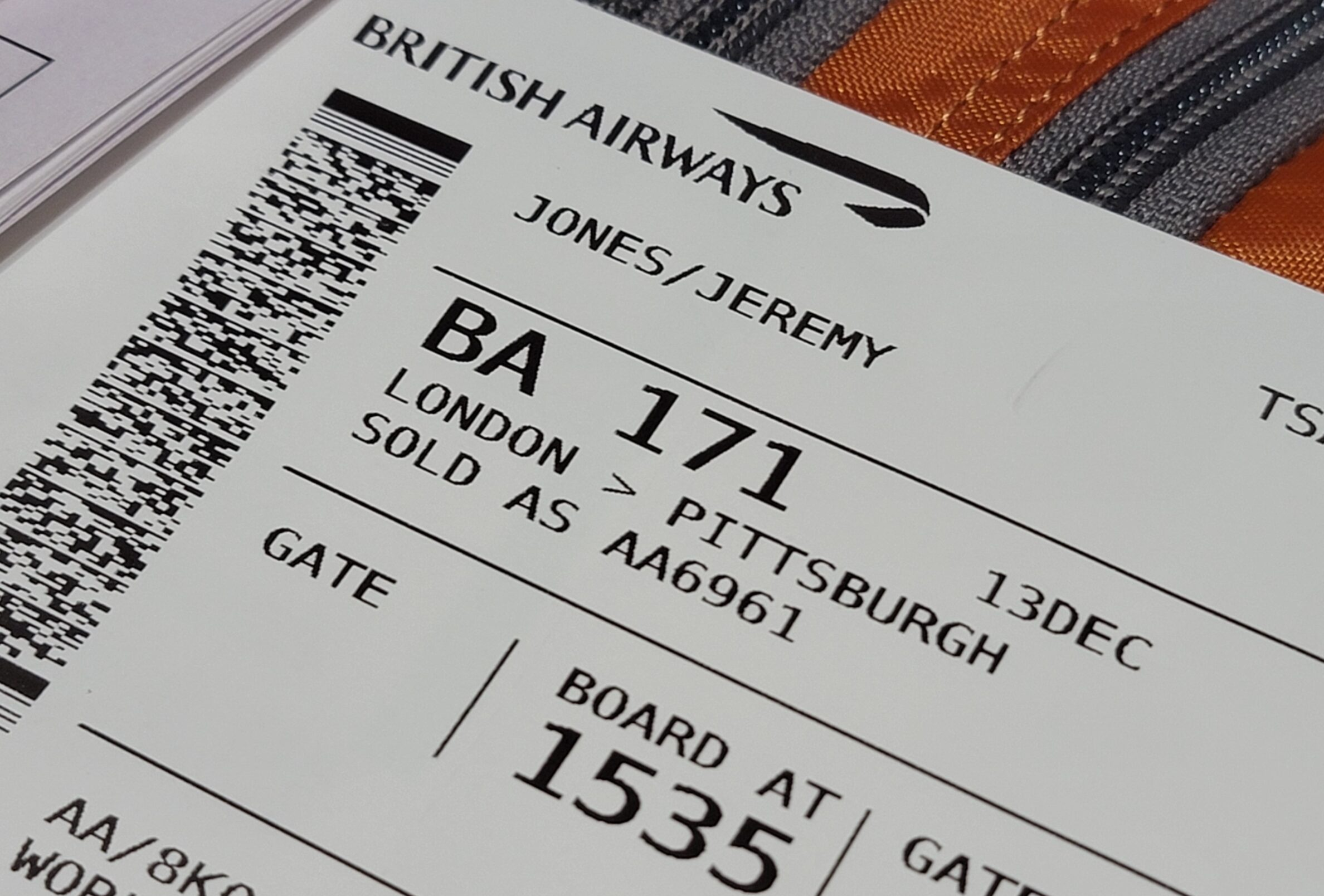 The return trip had a similar convenience to it. We departed Amsterdam with a connection in London, and our outbound flights didn't depart until 2 pm and 4:30 pm respectively. This means that we also had an entire morning free in Amsterdam when we otherwise would've likely had to leave for the airport between 7 am and 9 am for conventional flights home.

While we did ultimately have a connection to get to our final destination (Belgium), one that we could've had in the US and got us in a few hours earlier when it was all said and done, there is something to say about heading to an airport and hopping directly on a red eye. This may be a preference thing, but we appreciate it and even would pay a bit more for said convenience.

While we jumped on the chance to take the flight when we had the opportunity, we found some extremely important details to also keep in mind. 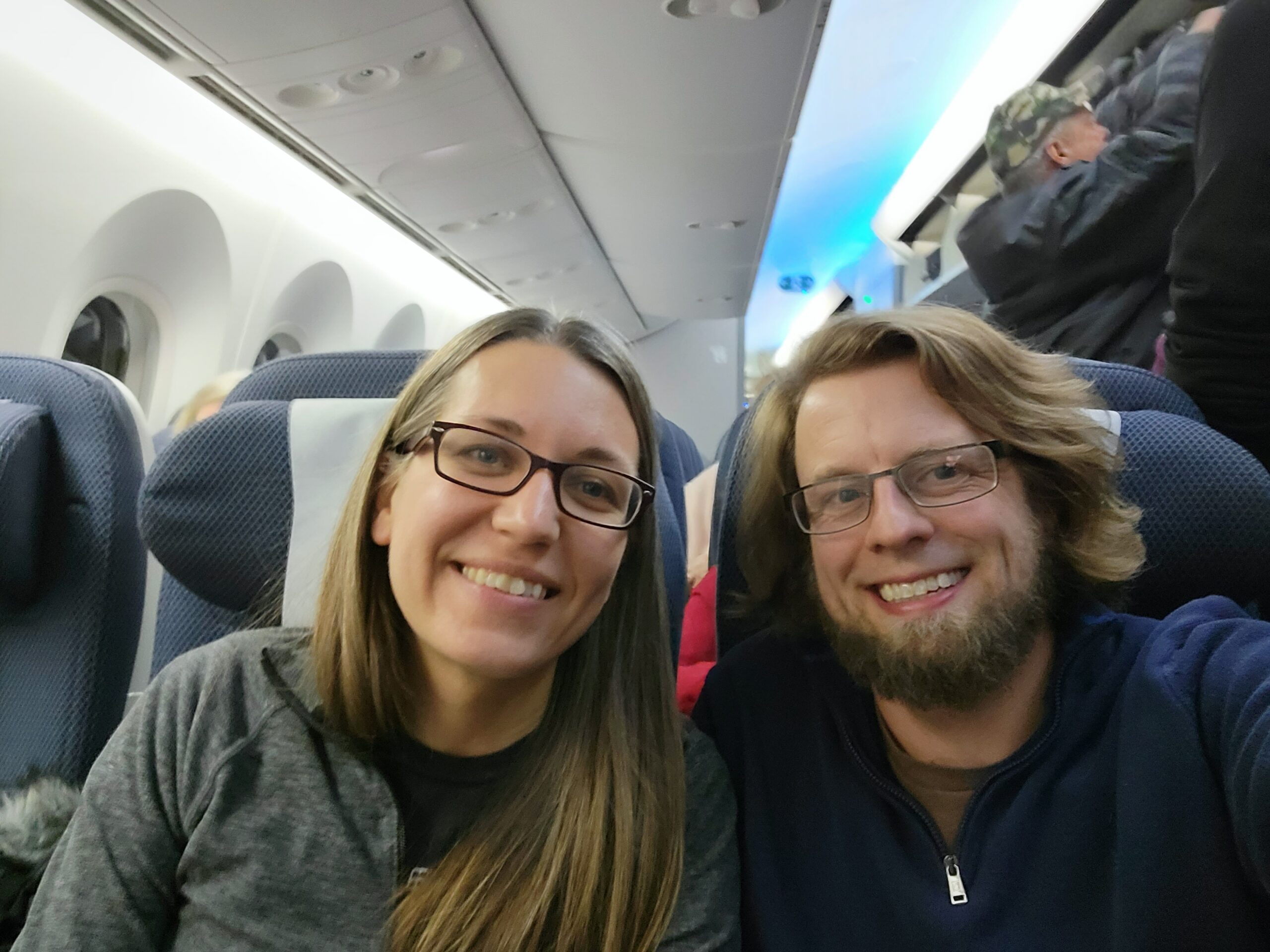 On the Pittsburgh International Airport side of things, it is worth pointing out that, despite a 9:50 pm departure time for the PIT-LHR flight, everything in the airport apart from convenience stores closed by 8 pm if not earlier.

Yes, by the time we got to the airport, the lounges (except for BA's, which we couldn't access) were closed, most alcohol-serving restaurants had already made last call for the night, almost all of the rest were closed completely, and the only spot we could get into for a quick stop was Primanti Brothers– which took a firm last call at 8 pm. If you ever want to see a rush of people at PIT, go to Primanti Brothers at 7:59 and watch a few dozen people pour in for food and drink orders after realizing everything else is closed.

After that, you're really on your own to just wait it out at the gate for ~75 minutes until the flight boards. Not terrible, considering the airport is almost completely dead at that time of night anyway, but we feel it is important to highlight this for anyone who wishes to have food or drinks. You either must arrive sufficiently early or wait until a meal is served on the plane (at about 11 pm). 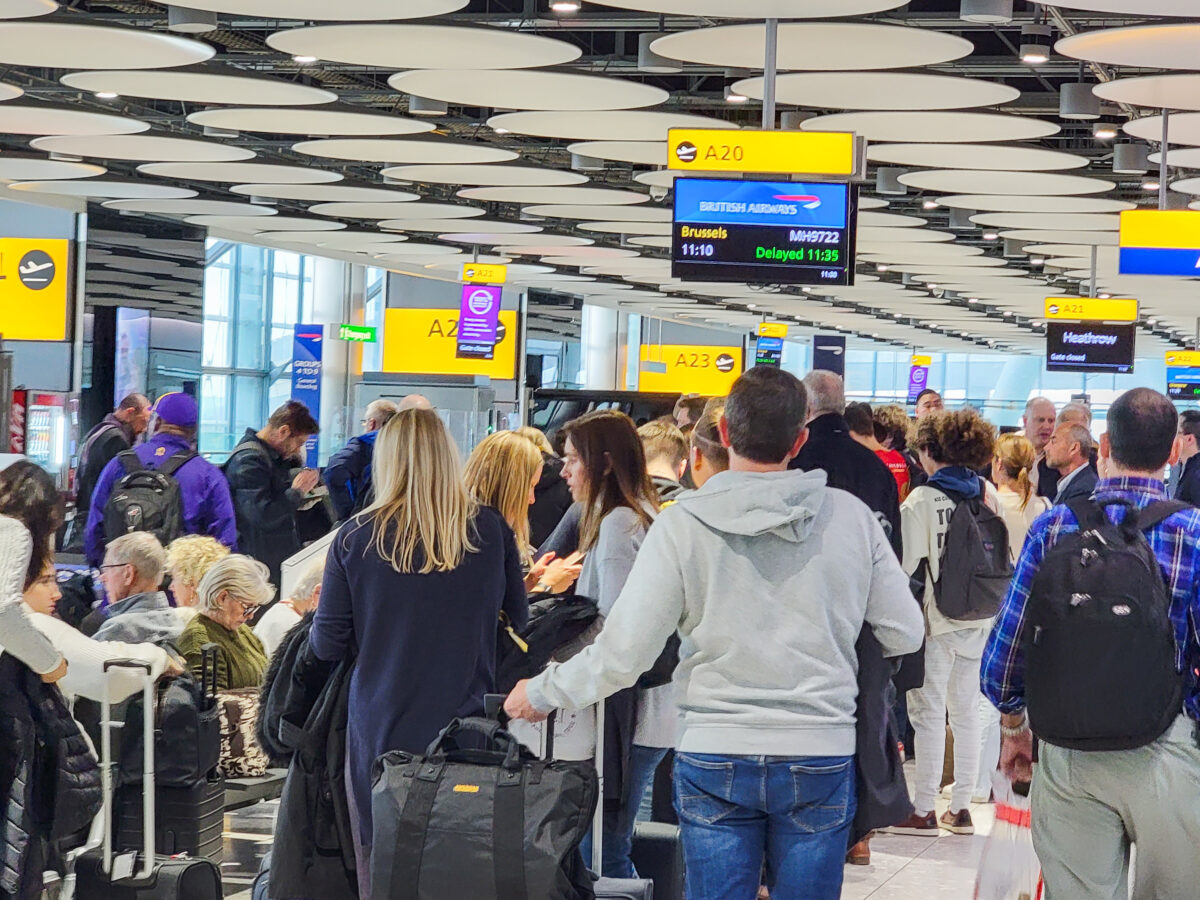 Apart from the food issue above, we often have the highest praise for all things Pittsburgh International Airport as utilizing the airport is a breeze. That being said, we have the exact opposite to say about London Heathrow in almost every respect. This airport is the Newark of Europe, and may actually be worse than that.

There are many reasons for this, and you'll quickly understand why after we outline the process of navigating the airport properly.

International flights to Heathrow typically arrive in Terminal 5. Most will arrive at a dedicated gate, as does the Pittsburgh arrival, but our EU connection on the return (Amsterdam) required a bus to take us to the terminal. From there, Heathrow requires additional security screenings, even for international transit (which includes flights to the whole of the EU), before you make your way to one of the three concourses within Terminal 5- A, B, or C.

Our outbound flight had a one-hour and 10-minute connection. Our return flight had a two-hour connection that was cut down to just one hour after being held in the air and on the tarmac for a while. Suffice it to say, waiting through upwards of four lines to get through a quick security scan is frustrating at the best of times and way too many people we spoke with in line were worried about missing their flights.

The only redeeming quality of Heathrow is that the employees are exceptionally warm and friendly, despite this chaos. They are used to the hassle that is their airport and have a system down almost to a science to help those pass through with short connections. That first queue to get into the queue for the security queue? We showed our boarding pass and they let us through. The second to last queue before the security queue? We were told they were only letting in flights up to 10 minutes before ours through at the moment, and then a few minutes later let us through again.

As security is in concourse A, those who have connecting flights in A are lucky and are just steps away from their gate. For those who have to go to B or C, you'll have to either take a rather slow tram between concourses or walk through an underground tunnel, which adds about 10 minutes for those with short connections.

Ultimately we still had to run to make both our flights, and it was only after we arrived that we found that both outbound flights were delayed 30 and 75 minutes and the screens at the airport hadn't updated. Fun.

This is 100% normal for Heathrow and you should expect no different.

As such, if you are thinking of booking the flight from Pittsburgh to London and have any form of connection elsewhere, be sure to have 2.5 to 3 hours of layover time at a minimum if you are able. Anything short is far too risky.

Perhaps the biggest question we had on our flight on British Airways from Pittsburgh to London was what customs would be like on our return. We had never been into the customs wing of Pittsburgh International Airport and honestly were slightly concerned that it would be understaffed and chaotic.

We are pleased to report that just like the rest of PIT, this was a breeze.

First, we should note that we have Global Entry and part of our convenience was due to this. Pittsburgh International Airport has roughly five kiosks for Global Entry members (one of which was not working) and our customs experience was, quite literally, walking up to an empty kiosk, getting our photo taken, and handing the printed document to a security agent. Entry into the USA in less than 30 seconds may be a new record!

The other part of this was luck. The vast majority of people on our flight seemed to be European, not Americans, so virtually everyone had to go to see a customs agent. Likewise, our flight was probably only about 75% full, and the only international flight arriving to Pittsburgh, so even with that those who go into a TSA line wouldn't have to expect that long of a wait all things considered- it seemed like everyone was out of customs before bags finished coming out.

The downside of getting through customs so quickly is that we had to wait about 15 minutes for bags to start appearing. As bags finished coming through the conveyor belt, we realized that all four of our bags missed the connection in Heathrow and we had to talk to a baggage claim attendant about our next steps. We heard from a few unnamed sources that this happens a lot on this flight, particularly because Heathrow is, to no one's surprise, terrible. 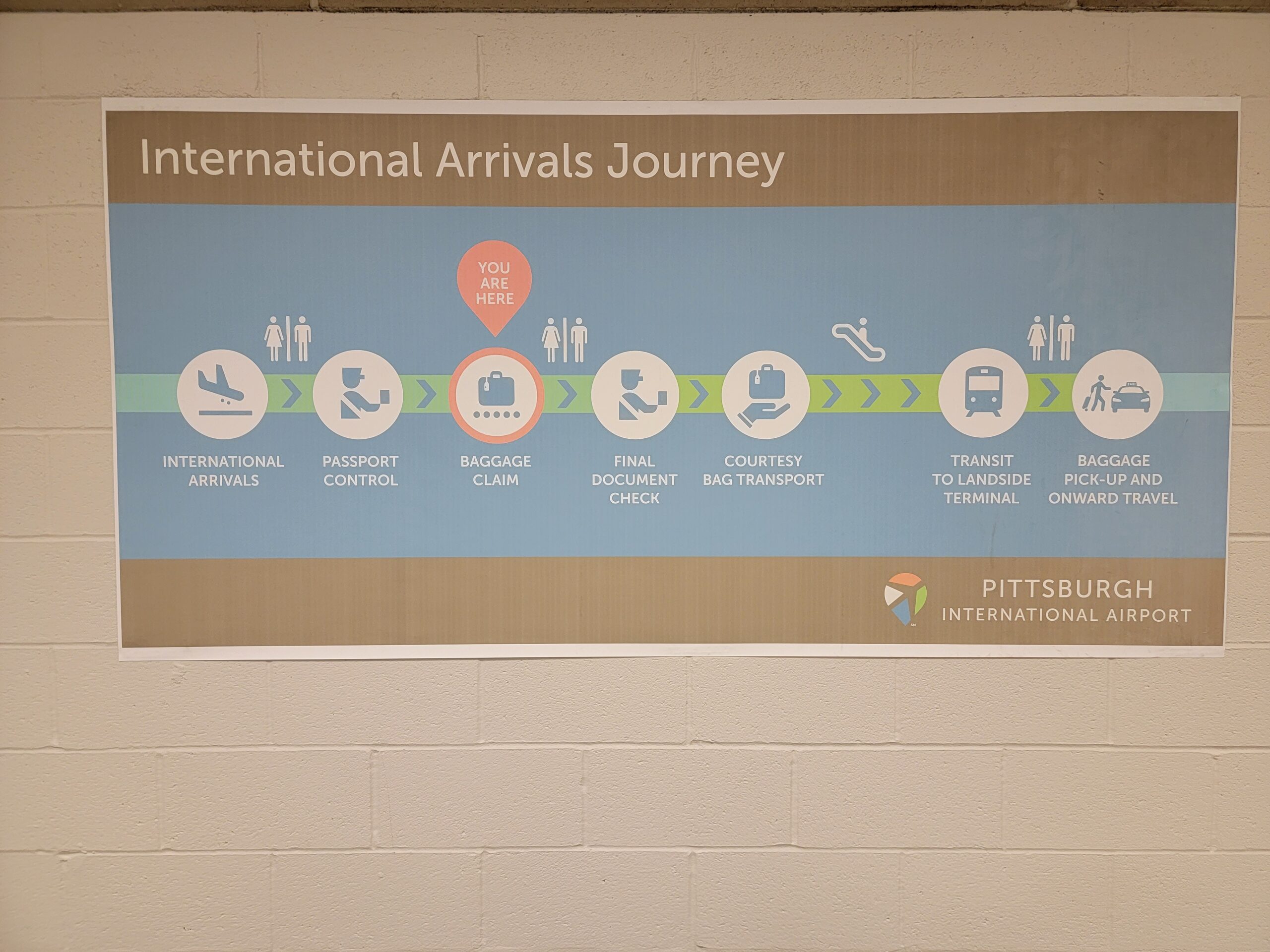 But for those who do receive your luggage, the fun is not over yet. Sadly, those who arrive on an international flight still have to ride Pittsburgh's tram connection to the landslide terminal. While they are working on a renovation to get rid of this unusual feature, for now, this means you have to recheck your bags through a security screening and pick them up again at the landslide baggage claim. Thankfully, this is incredibly simple.

You go to the agent next to a bag screener, pop your bag on the conveyor belt, declare anything for customs, and then walk a few steps over to the tram. Once you arrive at the landslide terminal you go down the escalators and find your bag which likely will be coming out fairly quickly. By customs standards, this is not a terrible inconvenience. But you do need to be aware of this extra step all the same- you simply can't walk out into the landside terminal, yet, as you do in other international airports.

Overall, despite Heathrow being a terrible airport and British Airways misplacing our luggage, we have to admit that we love having a direct flight to Europe. Would we prefer to fly anywhere else direct over Heathrow? Yes, one thousand times yes. Are we still bitter about our bags going missing? Yes, and one bag is still MIA, too. Would we do the flight again? Short of having an alternative direct flight to choose from, absolutely. Although if you are connecting to another flight in Europe we would highly recommend a minimum of 2.5 if not 3 hours layover in Heathrow each way to be safe.

Running through that airport is simply not fun- we know this from experience, twice.

Have you flown on the direct flight from Pittsburgh to London? What did you think of it? Comment below to share!

Are you in local Pittsburgh media (such as a blogger or Instagrammer)? Let’s meet up!
144 shares