We recently checked out the Pittsburgh CLO's performance of A Musical Christmas Carol at the Byham, which is a fantastic way to get in the Christmas spirit in Pittsburgh.

The Pittsburgh CLO Takes on A Musical Christmas Carol

The story of The Christmas Carol is a holiday classic where Ebenezer Scrooge, a money-pinching killjoy, is given one last chance at redemption through being visited by the ghosts of Christmas past, present, and those yet-to-come.

While we all know the outcome of these visits, what you may not know is that the Pittsburgh CLO puts on a musical adaptation of this timeless story to deliver it in a way unlike any you've seen before.

The first thing you'll likely notice at the show is the beautiful new set, which was built at the CLO Construction Center for the Arts right here in Springdale. The center employs local artists to build sets for tons of local and regional productions, as well as for shows across the country.

We would have never known that something like this center exists in Pittsburgh! 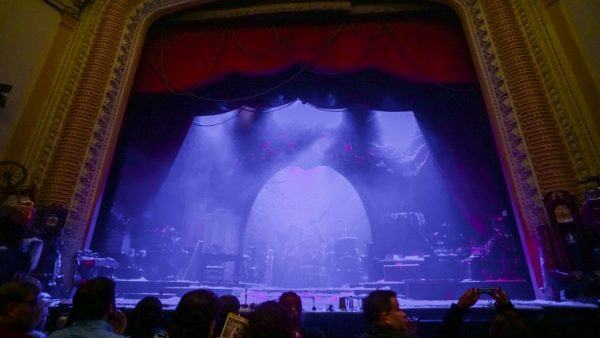 Although the show isn't a traditional musical with the story being told through songs, occasional Christmas songs are peppered throughout the show, making it more dynamic and festive. Live music from the pit also accompanies the show throughout, which definitely enhances the performers' lines and helps build the mood.

The cast does an amazing job at making the story come alive. The cast is full of very accomplished performers who have local, regional, and even Broadway experience. There are even cast members who have been in the show every year since its inception 25 years ago!

The Pittsburgh CLO at the Byham Theater 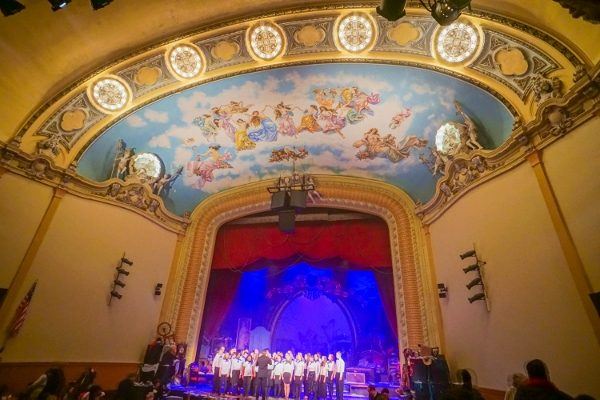 While not as grand or opulent as the Benedum Center or Heinz Hall, the Byham Theater is special in its own right. Its slightly smaller scale allows for a more intimate theater experience where you can actually feel the thunder of Scrooge's pleas for redemption and see the joy on his face after his transformation.

The theater was built in 1903 as The Gayety Theater when it housed vaudeville acts before later serving as a movie theater. The Pittsburgh Cultural Trust purchased the theater in the late 1980s and renovated it before re-opening it in 1991.

The theater hosts many other events throughout the year, including shows featuring dance and ballet, family-oriented shows, and other local and touring musical theater shows- making it an absolute must visit for any performance you may be interested in.

We'd like to thank our friends at the Pittsburgh CLO for inviting us out for the performance of A Musical Christmas Carol. As always, all opinions are our own. To book your tickets and to check out other performances by the Pittsburgh CLO, click here. The Byham Theater is located at 101 6th Street near the Renaissance Hotel.

Looking to pick up a ticket to a show but it is already sold out (or you want a better seat)? Check out what is available on StubHub today!

Are you in local Pittsburgh media (such as a blogger or Instagrammer)? Let’s meet up!
Scroll back to top
243shares