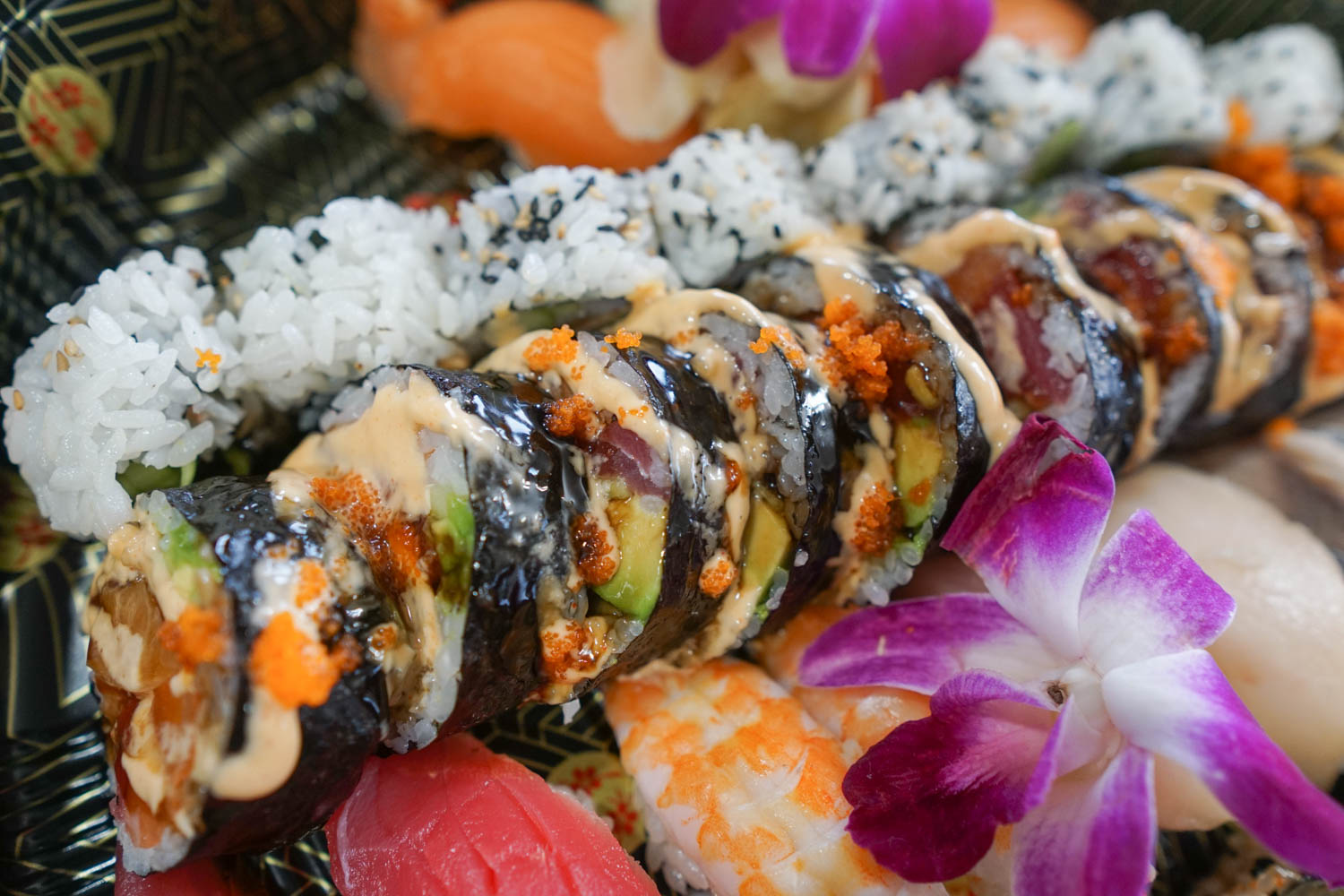 If you ever look up reviews on where to get sushi in Pittsburgh, odds are good Mount Everest Sushi in Oakland is likely to appear.

We've seen this one pop up as a recommended spot time and time again, but it was only recently that we made a trip out to Oakland specifically to try this one out.

It didn't take long after looking at their menu to realize one very important detail you should know upfront- Mount Everest Sushi is quite reasonably priced. But it wasn't until we picked up our order to go that we realized that the portions are quite large too!

Go to Mount Everest Sushi for a Feast 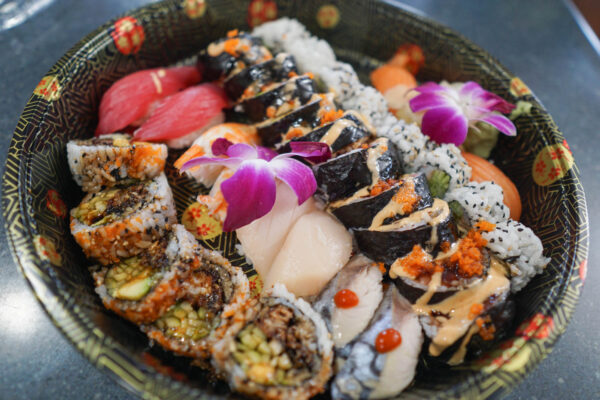 Sushi is one of those things where over-ordering is our standard, and at Mount Everest Sushi I went big- two specialty rolls as well as Sushi Platter B that included 10 pieces of nigiri and a California roll.

I had a rough idea of how much this would cost when I placed my order (via phone) but was not given the total bill until I had arrived. When I found out my entire order was under $50, I hesitated for a moment as this was probably one of the lowest bills I've had for sushi in Pittsburgh. I wondered, for a moment at least, if I had ordered enough food as I assuredly wanted a feast.

When the to-go container was ready, I knew my fear was unwarranted.

It may not be obvious from the photos, but this tray of sushi was about 16 inches wide (roughly the size of a standard extra-large pizza). Even better was that when I picked it up, it weighed substantially more than I was envisioning as well. Both wins all around! I naturally rushed home as quickly as I could so we could dive into it. 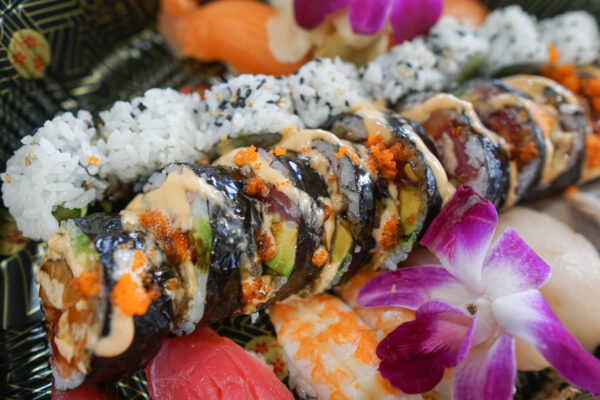 As with most sushi restaurants, I almost always order the namesake specialty roll. The namesake at Mount Everest Sushi certainly lives up to its name as it includes tuna, salmon, yellowtail, shrimp, avocado, cucumber, spring mix, and is topped with spicy mayo and roe for good measure.

In a way, this was almost too much fish in a single piece of sushi as no individual flavor jumped out as opposed to being a monster bite that came together as one. Being able to tell the tuna apart from the salmon apart from the shrimp was almost impossible. Still, considering just how much fish was in this one it amounted to a feast on its own right (especially considering its reasonable price tag). 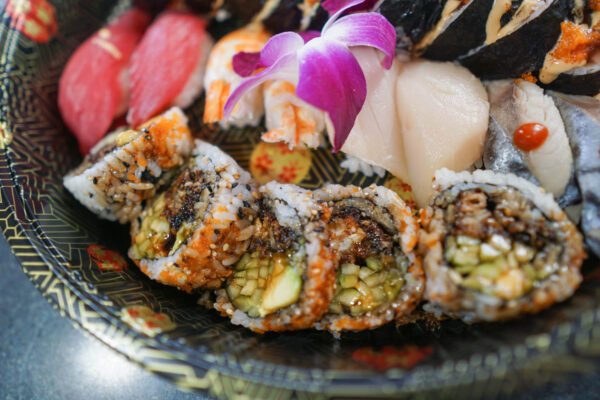 The Spider Roll was a bit more approachable as it was slightly smaller in size, fewer pieces (five), and showcased the fried soft-shell crab as its star flavor (plus avocado and a rich soy-based sauce). It may not look like it from our photos, but we got a nice crunch in this one that we quite appreciated. You would also be hard-pressed to note that this one had soft-shell crab in it at all based on how it was styled (as we know some soft-shell crab rolls can look a bit unappealing).

When it was all said and done we put down the two specialty rolls, California roll, and ten pieces of nigiri and had to take a moment to sit back and let digestion begin. This truly was a feast, and I had to remind myself once more about the price- for just under $50 this platter was a stellar deal that rivals some of the most affordable shops in the city.

Now we understand why Mount Everest Sushi is so popular, and we plan on being regulars at this one moving forward.

Mount Everest Sushi is located at 128 Oakland Avenue in Oakland.

Looking for other great sushi in Pittsburgh? Check out Penn Avenue Fish Co, Umami, and Mola! 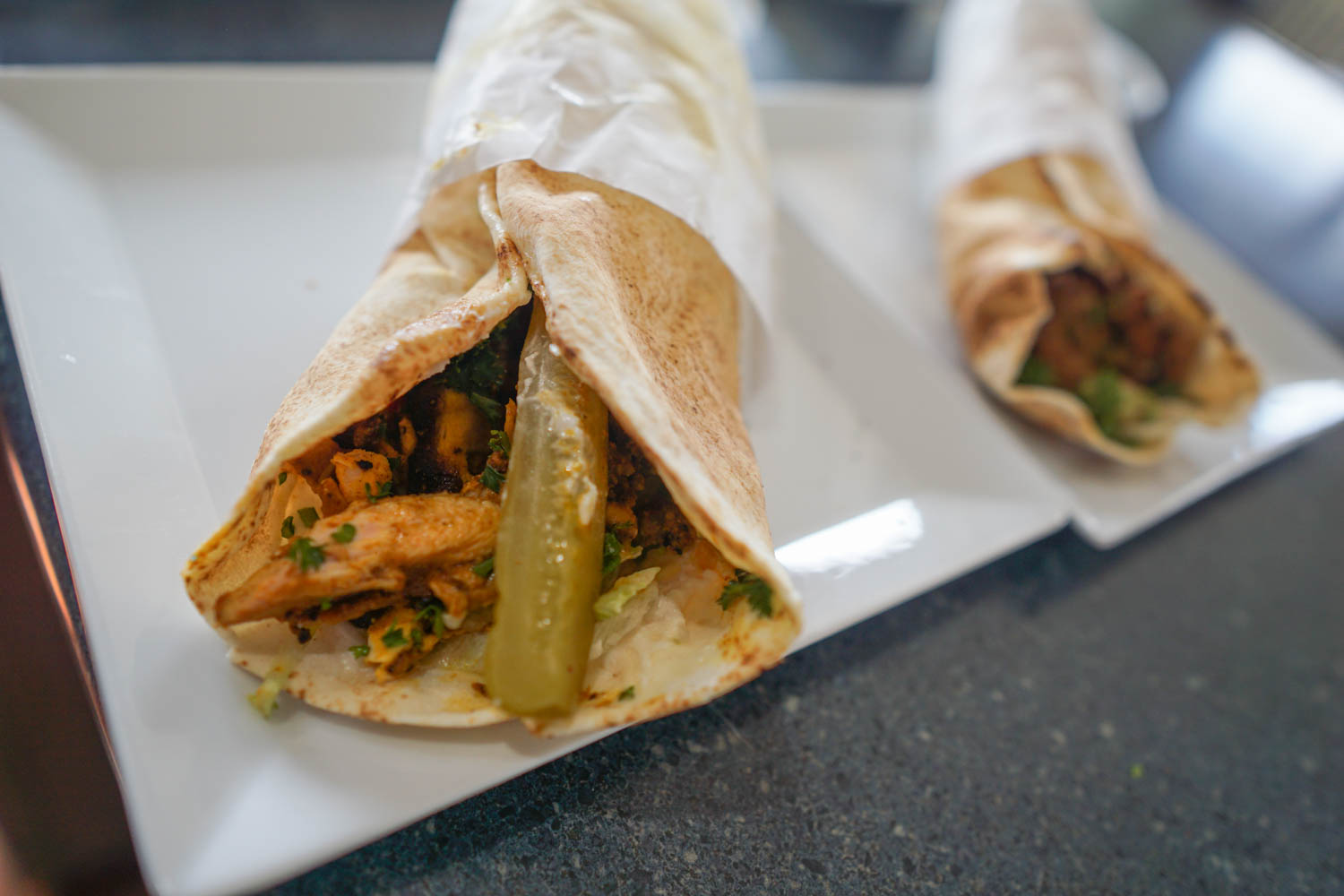 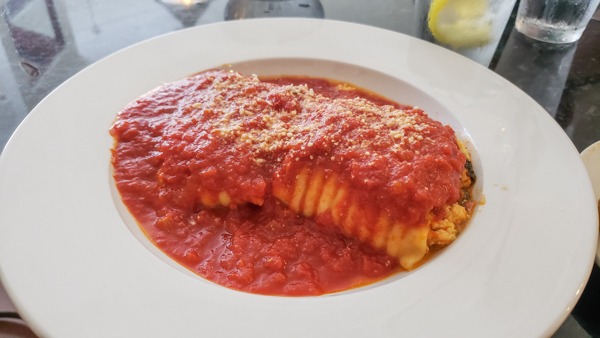 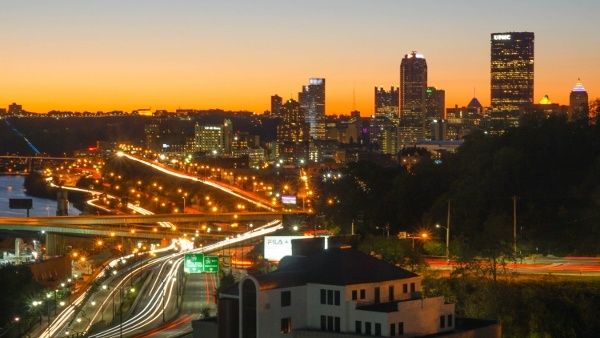 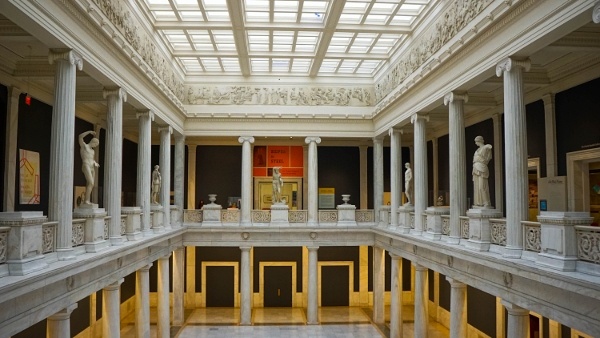 Are you in local Pittsburgh media (such as a blogger or Instagrammer)? Let’s meet up!
Scroll back to top
14shares