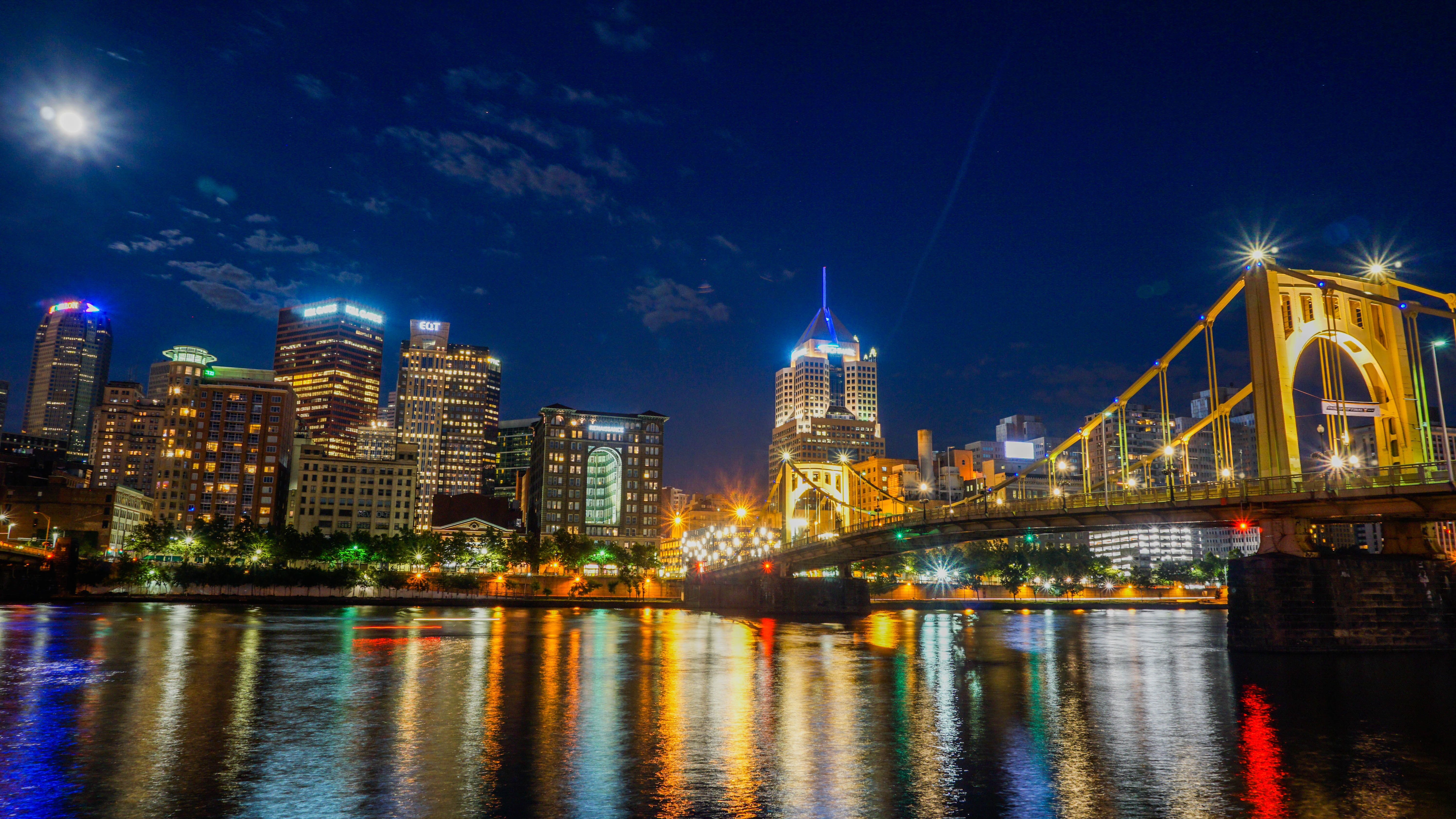 When we travel to major cities, we generally don't rent a car if we can avoid it. Part of this is obviously the cost associated with a rental car (daily fee + gas + parking can add up for sometimes minimal use), but also because if a robust public transit system exists, we'd rather just use that. We love a good metro even if it takes a bit longer to reach our destination than driving.

Anyone who lives in Pittsburgh knows where we're going with this because our public transit, well, leaves a lot to be desired- this statement is being generous.

If money was no concern, we'd state outright that you'll do well to rent a car in Pittsburgh- you'll have way more freedom than if you didn't (and also have access to a number of great day trips too). If money is a concern, you can make it work without a car but you need to be a bit more strategic with how you plan your stay.

What You Want Out of Your Pittsburgh Visit Matters 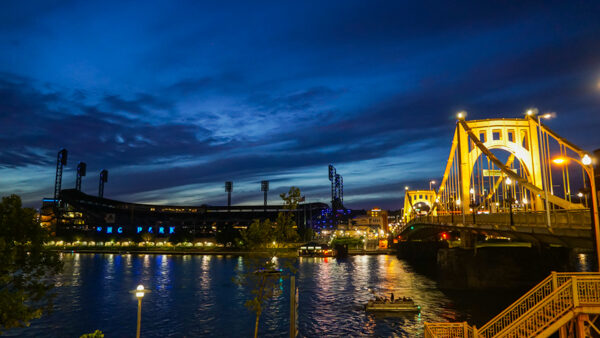 One of Pittsburgh's biggest charms is that it is a collection of 90 neighborhoods. Each of these is unique in its own right, but several are clustered together to form pocket communities within the city. Downtown is distinctly unique from the Strip District which is distinct from Lawrenceville, Squirrel Hill, and so on.

Some of these are a collection of neighborhoods of the same name, like Lawrenceville (Lower, Central, and Upper) and Squirrel Hill (North and South), but no matter how you look at it Pittsburgh has a number of micro-communities within the city limits that visitors tend to explore.

Naturally, the question of how to get around will quickly come up as you research these.

If you look at any one neighborhood on its own, we'd say they're immensely walkable. All of the neighborhoods listed at the start of this section are quite friendly to be explored on foot. But if you wish to explore several neighborhoods in a weekend visit (as we recommend in our first timer's Pittsburgh weekend guide), you'll quickly find that our rivers, hills, and numerous highways make walking between neighborhoods difficult.

If you wish to explore more than neighborhoods adjacent to each other, you'll likely have to rely on some other form of transit to get around- be it a bus, rental car, or a periodic Uber or Lyft.

So, first and foremost, it is worth asking yourself what you want to get out of your visit to Pittsburgh. This could directly influence your decision on whether or not you need to get a car. Here, we'd lump visitors into two distinct categories:

In the following sections, we're going to reference these two cases so you'll likely want to know which one you fall in.

Your Base Directly Relates to Public Transit Concerns 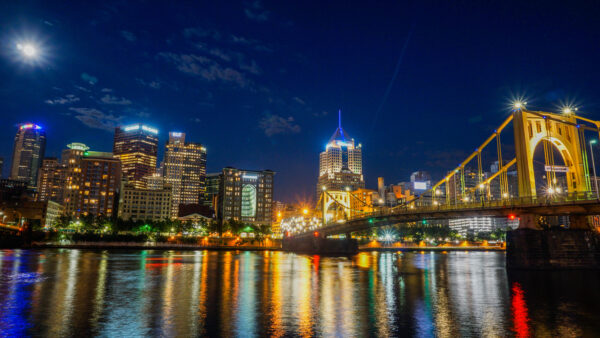 The two biggest problems with public transit in Pittsburgh is that our metro, the T, only hits the North Shore, Downtown, and the South Hills. It does not go north, east, or west (or even to the airport). As such, it is great for commuters in the South Hills but not so much for anyone else.

One of the plus sides of the T is that it is free for travel within Downtown and the North Shore and fees only start if you cross the Monongahela River to the south. While enticing, we've found that you could likely walk between any of these stations in the same amount of time it takes to catch a trolley unless you were really lucky timing your entry to any given station. Personally, I can count on one hand the number of times I've taken the T in the last decade (as we do not live near a station) and each of those involved severe weather where we forgot an umbrella. 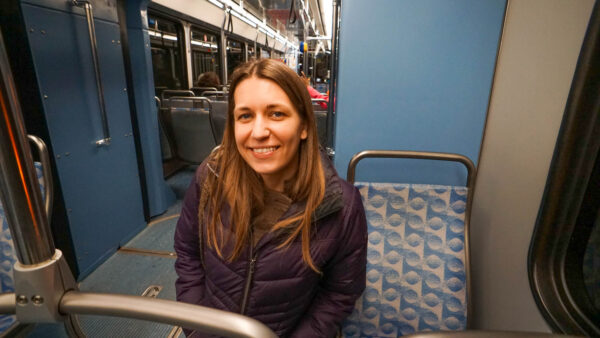 For those who wish to explore beyond the South Hills, bus travel is your most likely option for public transit and most bus lines terminate in or near Downtown proper. This means if you are not based in or near Downtown, transfers will likely be required (increasing travel time substantially).

As such, if you are visiting Pittsburgh for tourism purposes without a car, you may want to restrict your accommodation search to within Downtown, the North Shore, the Strip District (closer to the Downtown side), or Station Square as these will have the best access to numerous bus lines that reach other popular neighborhoods within the city. Luckily, these neighborhoods are quite walkable amongst themselves and have many city highlights that can be seen on foot. (Check out our five-mile walking tour of these neighborhoods which also features the Inclines on Mount Washington too!)

If you are looking to stay in a neighborhood that is a bit outside of the traditional Downtown experience, we would generally advise looking at East Liberty or Squirrel Hill on the East End instead. The reason for this is that in East Liberty you can access roughly six different bus lines directly, including a rapid bus to Downtown, and in Squirrel Hill there are many bus lines to get around to numerous parts of the city as well. The quantity of buses here isn't as robust as you can find in Downtown proper but will go a lot further than in other neighborhoods all the same.

From there, we recommend checking out the Pittsburgh Regional Transit bus schedule and check to see which bus lines would hit the neighborhoods you wish to visit and use that as your ultimate guide in making a decision on where to stay.

If you are visiting Pittsburgh for a sporting event, you are in luck in that the stadiums for our major teams are located either in Station Square (Riverhounds), Downtown (Penguins), or the North Shore (Pirates and the Steelers). As mentioned above, these parts of the city are quite accessible on foot and you would do well simply booking a hotel close to your intended stadium. If you do, you'll benefit from being able to walk around a decent amount of the city and also have access to the bus system as outlined above.

For those who are coming in for a business meeting, your experience will vary considerably based on where the office is located. If it is inside the city limits, especially in any of the neighborhoods mentioned above, the same thoughts will apply (so if you are coming for a meeting in Downtown proper, you may get by quite fine without a car). But if you find yourself having a meeting outside of Pittsburgh city limits and wish to explore any decent amount, a rental car would be highly recommended- especially if your company is footing the bill.

Getting Into Pittsburgh Without a Car 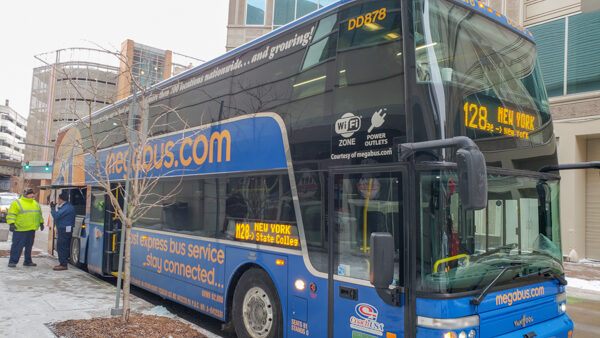 Now that we've talked about possible bases to stay when you visit Pittsburgh without a car, we need to talk about one final topic- how to get into the city itself!

For those who are coming in via Amtrak, Greyhound, or Megabus, you'll likely find that your drop off is in the heart of Downtown Pittsburgh. The Amtrak Station is on Liberty Avenue near the Downtown/Strip District border, the Greyhound bus station is on 11th just a few blocks away, and Megabus tends to pick up and drop off nearby too (although this could change).

Reaching your final destination from here follows a lot of the same thoughts as above. If you're staying in Downtown proper or the Strip District, you may be able to walk rather easily within 5-15 minutes. Further out, a bus or Uber ride is your best bet to quickly reach your hotel or apartment rental.

If you are coming into Pittsburgh from the airport, your options become much more limited. The Airport Flyer bus, 28X, only has a limited number of stops most notably in Downtown and Oakland. Similar concerns apply if you may need to transfer. Generally speaking (and unfortunately), unless your accommodation is in one of these areas you may find that taking an Uber or Lyft from the airport is easier from a logistics and time point of view despite the higher fee.

While we do think that Pittsburgh is best enjoyed with your own set of wheels, exploring the city is doable with public transit (and a periodic Uber) if you are strategic about where you stay with Downtown, the North Shore, Station Square, East Liberty, and possibly even Squirrel Hill being some of the best options (the latter two with some caveats attached).

If you do end up deciding to rent a car, you may want to check out the Hampton Inn in the Strip District as it is one of the only hotels inside the city limits that has free parking. Couple that with its central location at the border between Downtown and the Strip District and you have the makings of a great stay that will help save a fair bit of money in the process.

1 thought on “Can You Visit Pittsburgh Without a Car? The Answer is Maybe”

Are you in local Pittsburgh media (such as a blogger or Instagrammer)? Let’s meet up!
666 shares