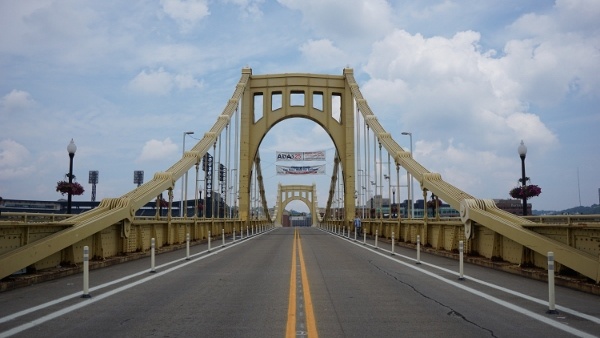 If you've been in Pittsburgh for any appreciable time, you probably have noticed how awful our roads are. The highways make no sense, roads are stacked one over the other, and there are potholes just about everywhere.

For a long time this was a frustration we simply put up with because, well, it is Pittsburgh.

It wasn't until recently that we discovered Pittsburgh's 311 service, and this new found knowledge changed our opinion of the city's operations altogether.

I stumbled upon the 311 service randomly while searching through Pittsburgh accounts on Twitter. Intrigued by their Twitter, I went to the main website to learn more.

As it turns out, the city of Pittsburgh offers a 24-hour online reporting service, and 12-hour live telephone service (7am-7pm) where you can log non-critical issues going on in the city. Anything from park problems, public safety concerns, street light issues, to debris and yes, even potholes, this service will track it and try and provide a quick resolution.

Our First Test – A 24 Hour Response


With no shortage of potholes on the road by our house, I gave it a shot. I put a request in online in the evening and by 5pm the following day not only were all of the potholes I reported filled, all of the other cracks and gaps on the street were filled in too.

I was floored. The turn around time was unreal, and I had been enduring the game of miss-the-pot-hole for months when all it took was reporting it online and waiting just a short period of time for a repair truck to come out and take care of it.

It is because of this that I realized the issue. We often expect the city to just be magically aware of issues, but it is not the case. It takes us, the citizens, to report issues that we see, and I for one am glad that Pittsburgh has a system in place to do something about it.

So if you know of an issue in your Pittsburgh neighborhood, we recommend you report it too rather than waiting for someone to get around to it. Odds are they probably don't even know it is an issue in the first place.

After you do, comment below and let us know what the issue was and what kind of turn-around time you saw before it was fixed. If it was anything like ours, I suspect it will be quite fast.

Are you in local Pittsburgh media (such as a blogger or Instagrammer)? Let’s meet up!
Scroll back to top
457shares