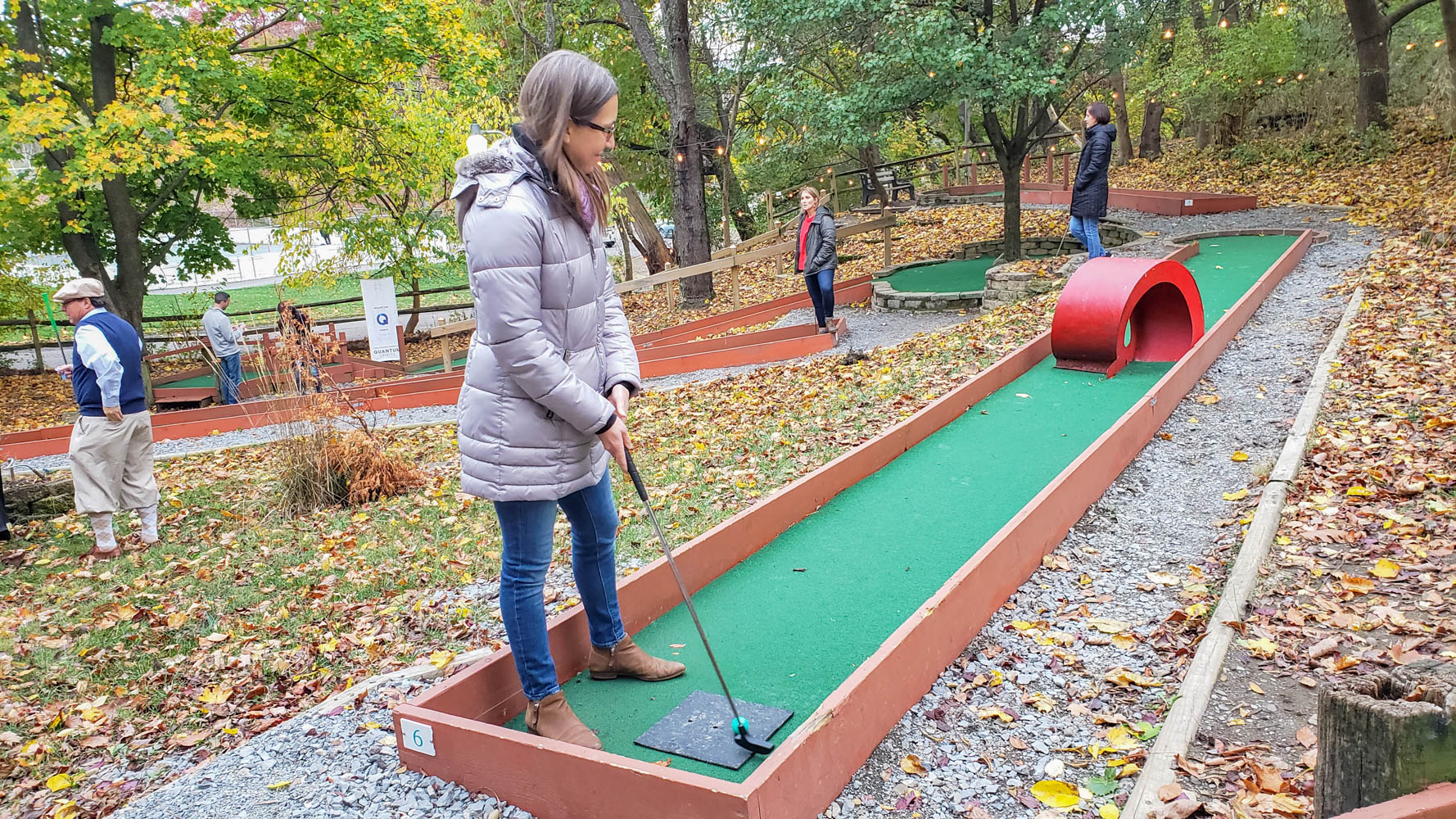 A recent adventure in Carnegie found us stopping at Forsythe Miniature Golf for an event with our friends from Quantum Spirits. We had heard about this course for a while but never seemed to be able to make it in for a round.

It didn't take long for us after arriving to really regret that decision, as the course at Forsythe is quite fun! 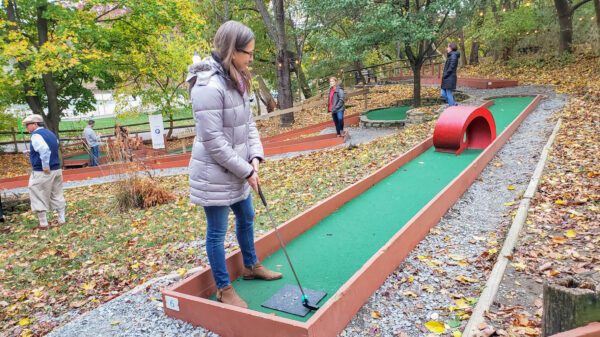 We've played at several mini-golf courses over the years, and they can run the spectrum from being rather simplistic to impossibly difficult. While we wouldn't say that Forsythe is on the impossible level, we have to admit that their course has some rather interesting challenges for guests all the same.

First, there is simply the terrain. The holes here are not terribly long by any stretch of the imagination, but what they lack in distance they make up for in complexity. 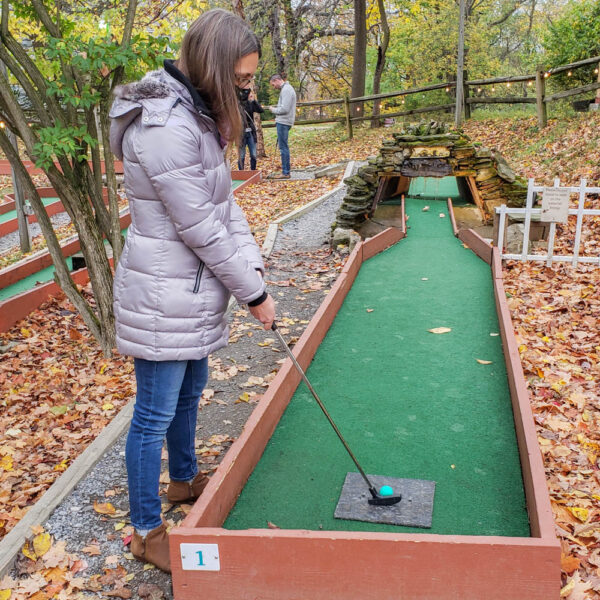 Several holes feel flat, but it isn't until you make it close to the hole that you realize there is a subtle bump or divet that could really impact your putt. Others are designed specifically to respond to how strong you hit your ball- such as a hole at the top of a hill where any putt just a bit past perfect will cause your ball to roll back down to the starting point.

We experienced all of these more than we'd like to admit- especially that last one. 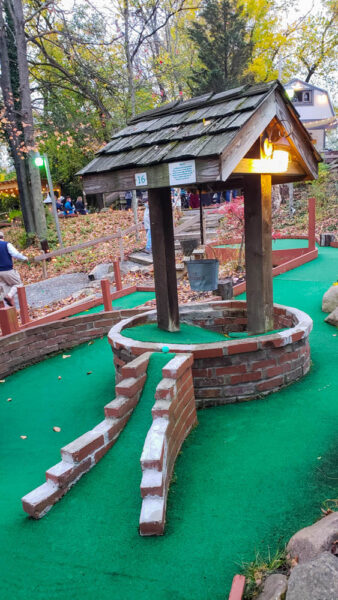 But some of the elements of Forsythe's course that we enjoyed most were not so much difficult, but rather quite novel. There is a loop-the-loop, a mystery box that could launch your ball out into one of three directions (one right at the hole), a well with a bucket that if you sink your ball in it from a ramp you subtract two points from your score, and so many more that we want to leave a mystery for when you visit.

As such, you'll do well to look out for signs posted at the start of some holes as the special challenges may be something you want to attempt (or avoid) during your putt. These certainly take what could've been just another putt-putt course and turned it into something far more interesting. (Special holes are also noted on the scorecard.) 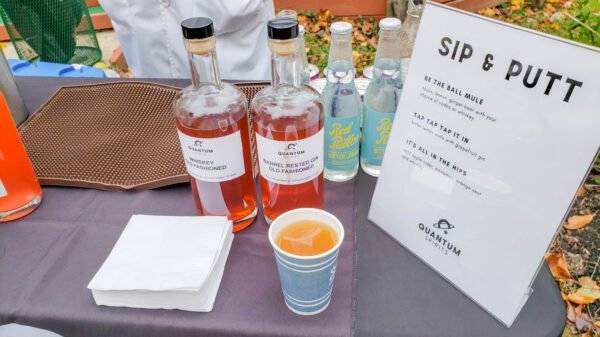 One of our first visits to Forsythe was for a special event put on by our friends at Quantum Spirits– their annual Sip & Putt in the fall!

In case you don't know Quantum Spirits, they are a wonderful distillery right in the heart of Carnegie that produces some killer spirits including rye-based vodka, gin, rye whiskey, vermouth, amaro, and more. Their annual Sip & Putt combines these two staples into a single event for adults that includes a tournament-style game of putt-putt (best score wins a prize), cocktails (included in ticket plus additional for purchase), music, and more.

While our putting game may not have gotten much better with a few cocktails, we do have to admit that a pop-up cocktail bar should be a staple feature on the back nine of every course. But for now, we'll just take enjoying this pop-up at the Sip & Putt!

Overall, we were quite pleased with our outing at Forsythe Mini Golf. While the cocktails from Quantum's Sip & Putt certainly made us a bit more ambitious on some of the holes, we appreciated the challenge of this course and some of the novel features you don't see at all too many places. Game on!

Forsythe Mini Golf is located at 920 Forsythe Road in Carnegie and is seasonal. Quantum Spirits Sip & Putt typically takes place in mid-October. We were guests of Quantum Spirits for the Sip & Putt. As always, all opinions are our own.

Are you in local Pittsburgh media (such as a blogger or Instagrammer)? Let’s meet up!
Scroll back to top
0shares