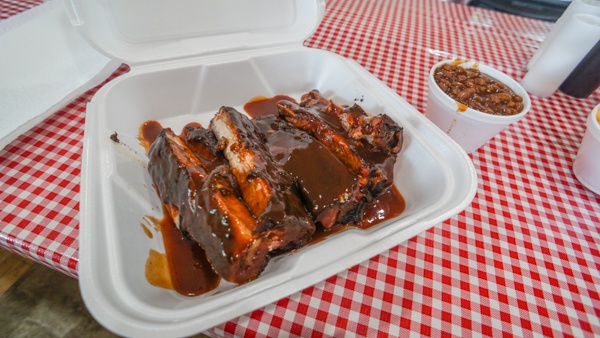 Area 51 Barbecue in Belle Vernon, PA, is one of those places that if you blink, you'll miss it.

It is not being unfair to say this is in a tiny two room house on the side of the busy route 51 with minimal signage, because that is exactly what it is.

Naturally, when we saw it we had to stop (or to be more honest, do a u-turn and pull back around) to give it a shot. 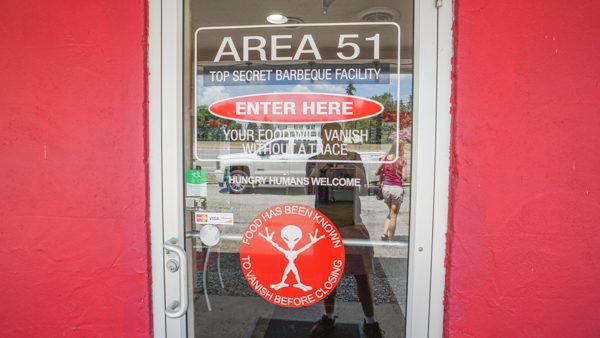 When you enter Area 51 Barbecue, the first thing you'll notice is likely not the menu, but the large inflatable green alien sitting right next to the menu. Yes, they really go all in.

Once you get past that, your eyes will move over to the fairly traditional barbecue menu full of ribs, pulled pork, brisket, and chicken as well as an array of sides.

We opted for our standard selection, a half rack of ribs, a half chicken, macaroni and cheese, baked beans, and corn bread- tallying up to a respectable $25.

It was only after our food came out that they had a sampler offering for the ribs (which would've allowed us to order one more meat to try). Live and learn! 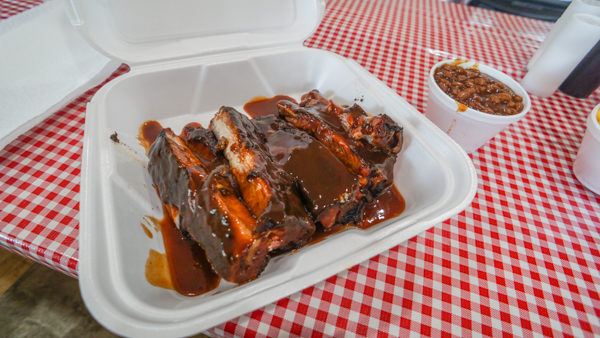 When our order came out, we were happy to find out that the portions were generous in nature, with the half chicken being so large that it was practically impossible to finish.

Both of the ribs and the chicken were fall off the bone tender, which was a true testament to the chefs at this one (this is few and far between in local Pittsburgh barbecue, sadly). The meats did not have a strong smoke ring beyond this or any appreciable bark, but if we had to chose between these and tender, well, sometimes we'll be quite fine with tender.

Our main concern with Area 51 BBQ is their sauces, which come in traditional and hot varieties. 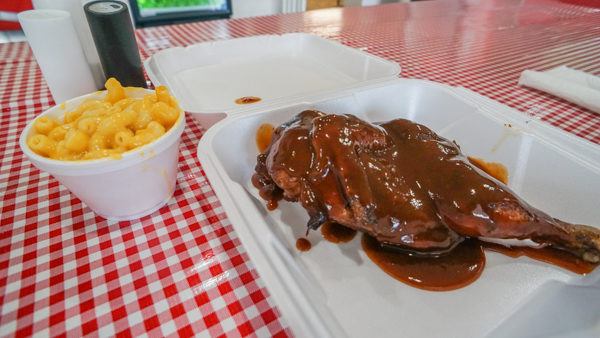 The traditional was a middle of the road barbecue sauce that was on the sweeter side, while the hot was unfortunately not that hot at all and was almost overwhelmingly sweet to the point that even a few days later, I think of how sweet the sauce was to me (and I typically really like sweet sauces, too).

If anything, when visiting this one I would recommend requesting the sauces on the side to try them first, as it was one of the only few barbecue places where I can personally say that I would have rather had the regular over the hot (but all tastes vary, so trying on the side before committing to a slathering is a good idea). 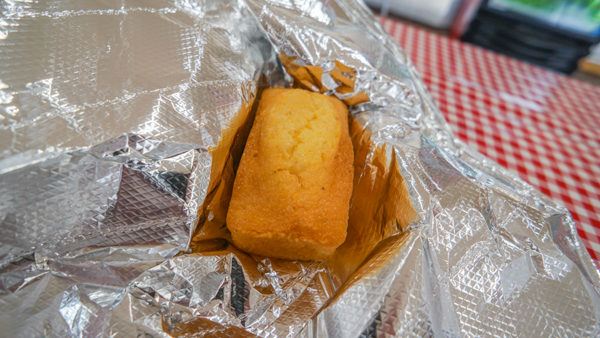 Likewise, the sides came in generous portions and were fairly standard iterations of mac and cheese and beans. Good for a picnic, but not something we can rave about in any case in the realm of barbecue fare.

Overall, Area 51 BBQ is an interesting little barbecue joint about an hour south of the city that cooks up some fairly delicious meats at attractive prices. The flavors are a bit hit or miss, but we'll be dreaming of those tender, tender ribs all the same.

While in the area, be sure to take a hike at Cedar Creek Park or grab some wine at Vinoski Winery– one of the most beautiful wineries in the region!

Are you in local Pittsburgh media (such as a blogger or Instagrammer)? Let’s meet up!
Scroll back to top
20shares