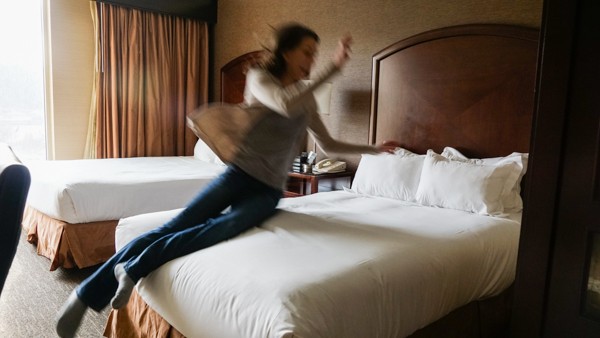 The Wyndham Grand Pittsburgh is a downtown Pittsburgh hotel that offers budget-friendly rooms and great views.

We booked a room in this one for an early 2019 stay and share our full thoughts in this review!

If you're like us, when you think of Market Square in downtown Pittsburgh odds are good you think of mostly mediocre restaurants that are overpriced.

But there is one gem that is hiding on the second floor of a commercial space that you may otherwise overlook- Las Velas.

Not only does this one have a great view of Market Square, it also has some rather decent food as well!

Whenever we travel (especially abroad), we always love finding free city tours as a means to get our bearings in a new location and to also learn more about the city/country's history.

While Pittsburgh does have periodic, free city tours run by the Pittsburgh History and Landmarks Foundation, they are often limited in frequency and location. We, as a city, simply needed more.

It wasn't until late 2018 that Pittsburgh finally got its own free walking tour, put on by the appropriately named Free Pittsburgh Walking Tours. Naturally, I jumped on this one in early 2019 to give it a try and really enjoyed the tour overall!

Read moreLearning About the City With Free Pittsburgh Walking Tours

Pittsburgh is a sports town, and for the past several decades it seems like the Pirates have not gotten the memo.

Despite the fact that the Pittsburgh Pirates have been, well, awful, PNC Park is often ranked among the best ballparks in the country- and we agree. It really is hard to beat taking in a game at this stunning ballpark.

So whether you are an armchair Pirates fan, a baseball fan at large, or are a die-hard Buccos loyalist, there are many things to keep in mind when visiting PNC Park for a game.

In this guide, we want to share everything you should keep in mind before visiting! 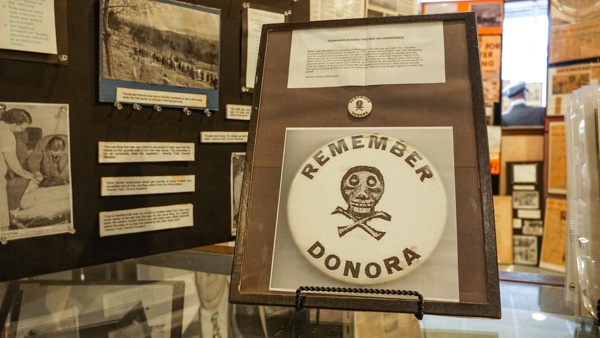 One of the things we love about the boroughs in southwest Pennsylvania is that many of them have a historical society and museum dedicated to sharing the history of the area.

Some of these, like the Saxonburg Museum, are huge. Others, like the Harmony Museums, are spread out over multiple historical buildings that are all worth exploring.

In Donora, the museum managed by the Donora Historical Society is fairly small. But what it lacks in size it makes up for in sharing the borough's history and the Donora Smog environmental disaster.

For our trip to Charleroi, we had two spots in mind- Fourth Street BBQ and Four Points Brewing (located just next door).

However, when we arrived our hopes of eating barbecue were momentarily dashed as we quickly found out they were only open for dinner on Saturdays. It turns out, we mistakenly thought they would be open for lunch as the barbecue joint had lunch hours on Thursday and Friday, and didn't think twice to double check on Saturday.

Dejected, we walked next door to Four Points Brewing for a beer and were delighted to find out that we could still order barbecue from a limited brewery menu. Our goal of eating barbecue was back on!

As the cold of winter begins to leave Pittsburgh, there is one thing we always look forward to in order to ring in the start of spring – Phipps Conservatory's Spring Flower Show!

2019's Spring Flower Show has the theme “Gardens of the Rainbow” and highlights the colors of the rainbow as well as other unique aspects of color theory- making this one of the most vibrant shows in recent memory!

We were fortunate to visit Phipps Conservatory shortly after this show opened as guests of Phipps and we wanted to share some of our favorite rooms and exhibits with you today.

As with all of our museum posts, we're only sharing a selection of our favorites because you truly must visit for yourself to experience it all! 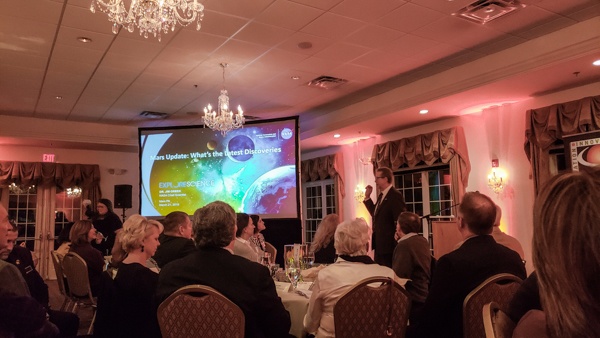 Any time I think of Mars, PA, it is almost always in tandem with at least one Martian reference of some sort.

As such, I wasn't too surprised to find out that Mars hosts a semi-annual Mars New Year celebration to honor the planet's roughly 687-Earth day revolution around the sun.

While the actual three-day festivity is taking place a few months after the official new year (which occurs on the Mars spring equinox in the northern hemisphere), the borough hosts an annual dinner as close as possible to the exact Martian New Year (most recently on March 23, 2019).

With a line-up of speakers and Martian references aplenty, we were pretty excited to attend this one as guests of our friends at Butler County Tourism.

Read moreMars New Year Blast Off Dinner – A Celebration of Mars, In Mars

When it comes to downtown Pittsburgh hotels, we have quite a few with each having their own unique features.

We didn't know much about the Drury Plaza Hotel, located just a few blocks from the convention center, but when we were invited out for a review we were excited all the same.

As we quickly found out, this one has comfortable rooms and some pretty awesome on-site perks! 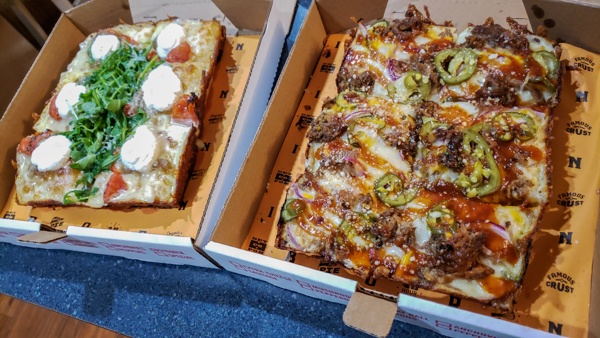 Our love affair with Iron Born began pretty much on day one when their concept launched at Smallman Galley.

At first, we were suspect of the concept of Detroit-style pizza, because it sounded like an unusual attempt to improve upon Chicago deep dish. But after our very first bite, we were very, very happy to say that we were wrong.

Now Iron Born not only has a die-hard following at their brick and mortar stores in Millvale and the Strip District!

Discover the Burgh is one of the most read blogs in Pittsburgh and follows Jeremy & Angie's quest to do everything nearby.

To date we have found 900+ things to do in Pittsburgh and southwest Pennsylvania- with new spots added every week!

Scroll back to top