The Santa Spectacular was canceled in 2020 and at this point we are unsure if it is returning for 2021 and beyond. If we find out more, we will update this article accordingly.

We are not in the habit of outright telling you to skip an attraction or event. Generally speaking, when something isn't for us we can find positive points for why others may like it.

At the Santa Spectacular, we're having a hard time. A really hard time.

Santa phoned this one in hard. 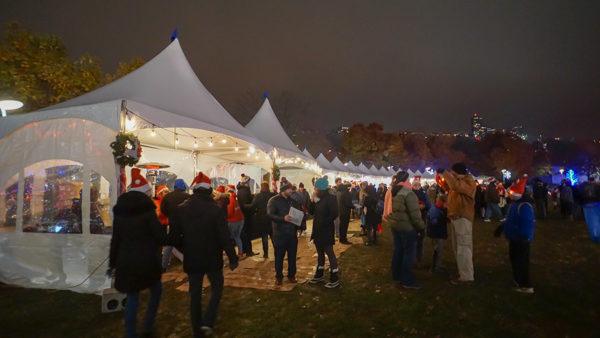 The Santa Spectacular takes place the same night as Light Up Night in downtown Pittsburgh (the Friday before Thanksgiving) and is often hosted in part by the radio station Y108. The event features a number of vendors, live music, food trucks, interactive experiences, and a fireworks show to cap off the night.

If it sounds like a similar model to Light Up Night, you'd be right. Except when you make your way down to the event at Point State Park one fact becomes painfully obvious- the vendors amount to some of the largest businesses in the region, and their sponsorship of the event is clearly evident no matter where you look. (A personal favorite was the row of new cars and SUVs from a local car dealership strategically lined-up right behind the photography-friendly ice carving station.) 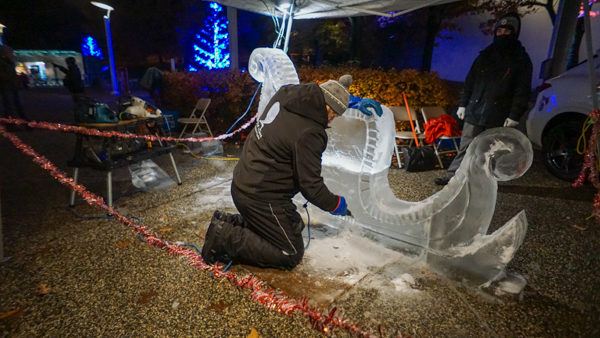 Now, there are other things to see at the event, such as the live music which typically features a more widely recognized artist for the main act (Gabby Barrett starred in 2018), a live recording by our friends at Ya Jagoff, or a holiday train display by the McKeesport Model Railroad Club (in 2018 at least).

Likewise, there were also a number of options for young children including photos with Santa or Elsa from Frozen and more- something that is lacking in the Light Up Night Festivities. 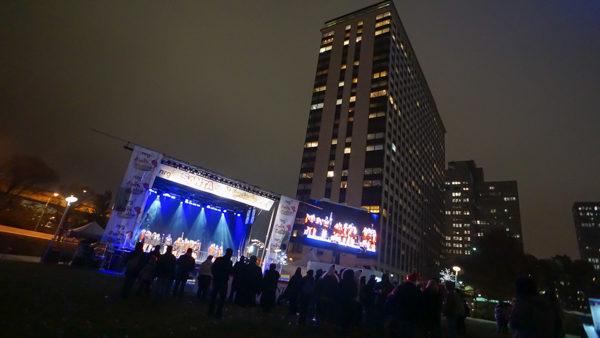 But beyond this, we have to say the event itself is simply not that exciting. 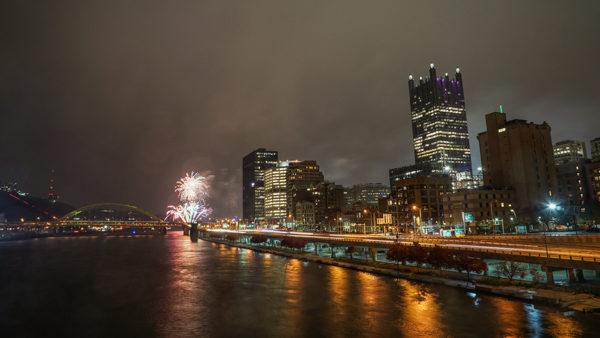 There is actually one good part about the Santa Spectacular event, and that is they host their own fireworks show early in the evening right off of Point State Park. (An event that most people don't know about, either, as it is often confused for the Light Up Night fireworks that take place later in the evening.)

This show typically takes place at 7:45pm and is a roughly 15 minute fireworks show that, while shorter than the later show for Light Up Night, never disappoints. 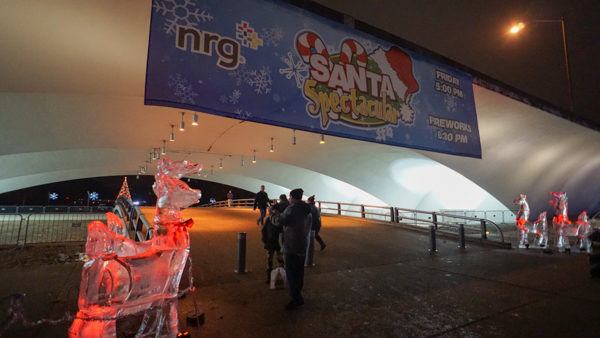 If you are heading down for the festivities and want an early evening, especially if visiting with young children, taking in this show and heading out will let you still partake in the festivities, beat the traffic, and still get home at a reasonable time.

Or if you are like us, lump it in with the rest of the festivities downtown and enjoy one of three great fireworks shows during the evening!

Enjoy Light Up Night Instead 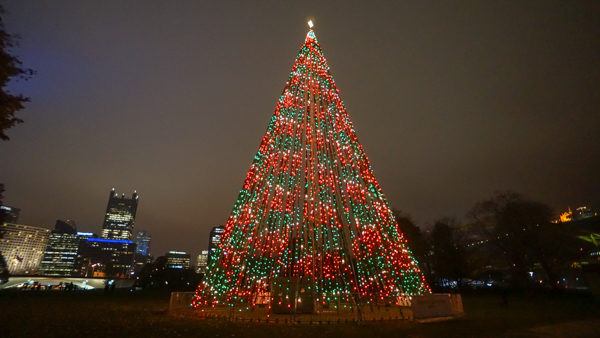 Overall, apart from the fireworks it is hard for us to say many good things about the Santa Spectacular. The event felt sad and like it was riding on the coattails of Light Up Night.

That being said, since the event does take place the same night as Light Up Night, you have a reason to go downtown all the same.

We wouldn't want to actively tell people to avoid this event outright, and if you have a bit of time while enjoying the festivities you can easily walk through on your way to the Christmas tree at the Point and check it all out in 10 minutes (longer if a good musical act is on). Otherwise, we can safely skip it as you really won't be missing much.

The Santa Spectacular takes place the Friday before Thanksgiving, the same night as Light Up Night. As far as we can tell it is a distinctly separate event, however.

Are you in local Pittsburgh media (such as a blogger or Instagrammer)? Let’s meet up!
19 shares