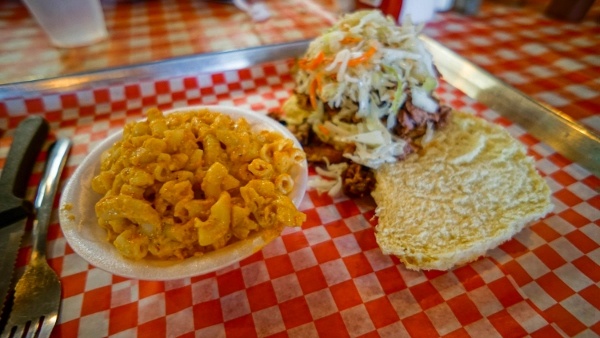 One of the biggest complaints we hear about Pittsburgh's food scene is the lack of top-notch barbecue.  We have several restaurants serving barbecue in this city, but none of them receive a lot of publicity to the point of being local institutions.

Naturally, we want that to change.

After putting a call out on social media for recommendations of the city's best barbecue, one restaurant jumped out to us immediately for having the strongest recommendation- Smoq Pitt BBQ in Brookline.  Not being ones to disappoint, it was not but two days later that we were in the car on our way to check it out. 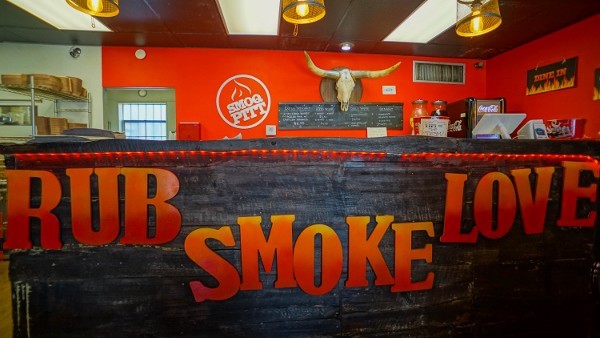 The menu at Smoq Pitt BBQ reads like any other barbecue joint in the country.  With staples like ribs, brisket, pulled pork, and chicken being served straight up or on a sandwich (ribs excluded), along with an array of sides, you have any number of options to try.

During this visit we were lucky enough to be with friends, so we got to sample a little bit of every meat on the menu in one form or another.

The sandwiches we selected during our visit included shredded chicken, a pretty average iteration that was our least favorite of the day, and a daily special called “The Sam and Erna,” which includes brisket and pulled pork together on a sandwich. Both meats were incredibly tender, with the brisket almost melting in your mouth as you eat it (and yes, I know this is an overused cliche, but it is true here). As someone who was wavering between these two meats, the combination sandwich was truly the perfect option in order to enjoy it all. 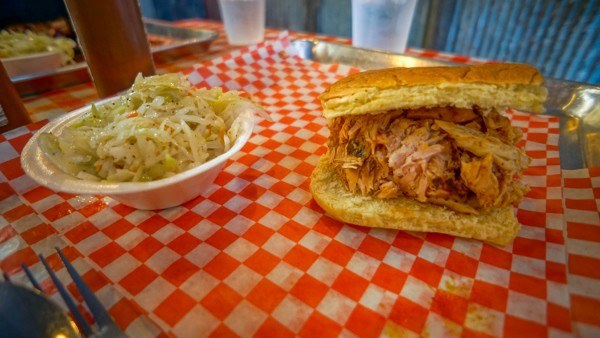 The standout to us, however, was the baby back ribs (that we stole from a friend of ours). These come with a beautiful, smoked exterior that has a strong crunch and seasoned flavor when biting into it, while the meat itself is tender and falls off the bones immediately.

Naturally, it should go without saying what we'll be ordering on our next visit!

The Sauces are Unique, and Delicious 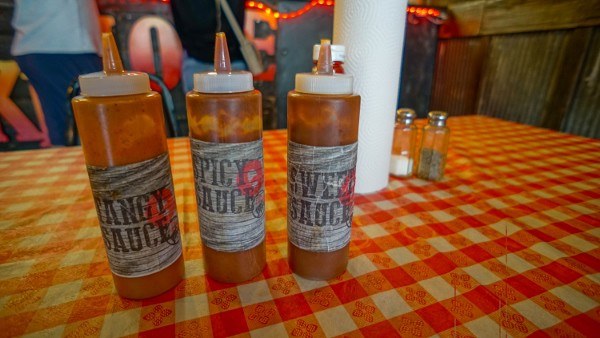 It is worth noting that Smoq Pitt BBQ serves all of their meats dry, meaning that it is up to you to add your preferred sauce from their three flavors: sweet, spicy, and tangy.

The sweet sauce was quite possibly the most unusual of the bunch as it has a much richer flavor than you'd find in most barbecue joints (it was also our favorite of the day). The spicy sauce was not in-your-face spicy but offered a balanced flavor that would not be as off-putting to those who can't take as much heat.  The tangy is what we'd consider their foray into a vinegar sauce, but is still primarily ketchup based for that thicker, richer flavor of traditional sauces.

Overall, the sauces at Smoq Pitt BBQ are solid compliments to the meat although the sweet is by far the standout of the three.

Skip the Sides and Stick with the Meat 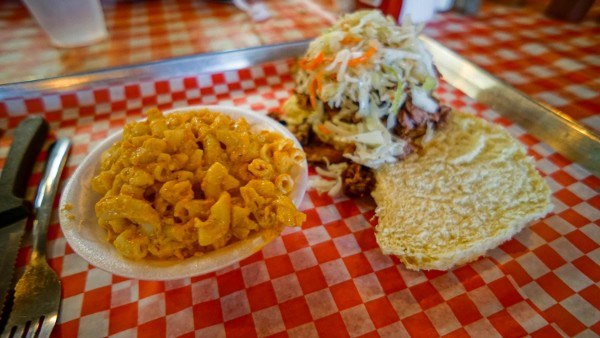 If we were to pick out one downside to our visit of Smoq Pitt BBQ, it would definitely be the sides. Our selection of the mac and cheese and cole slaw did not stand out past being average barbecue sides that are more obligatory than something you'd crave.

I'm not going to complain since one or two sides are included in just about every order, but this is one place where I will probably not touch the side and instead focus solely on what is most important: the meat.

In retrospect, that is probably a good thing. At least it isn't the other way around.

So join ~200,000 monthly readers and come find out the best that Pittsburgh has to offer!

Are you in local Pittsburgh media (such as a blogger or Instagrammer)? Let’s meet up!
239 shares