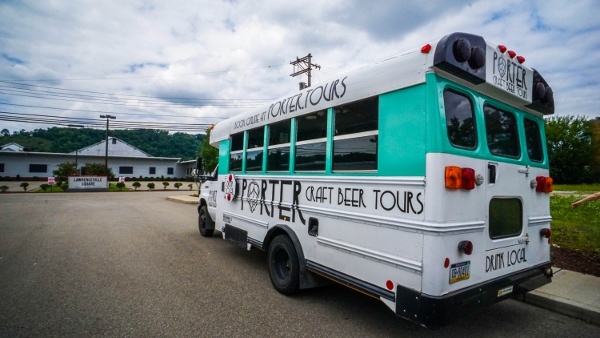 Disclaimer: We were hosted for this experience. Our site uses demographic data, email opt-ins, display advertising, and affiliate links. Please check out our Terms and Conditions. Pricing, operating hours, or menus may have changed since initial publication. Current conditions may result in operating hour changes or closures not reflected in the content below.

Pittsburgh's brewery scene is heating up, and over the last few years we've had several dozen breweries open in the city with a new one appearing every month or two.

Closely following these breweries are companies offering beer tours to help you get out and check out multiple spots in one go while handling all the driving logistics themselves.

One such tour company is Porter Brewery Tours who invited us to check out their tours for ourselves. If you are looking for an organized outing for a group while hitting up some stellar breweries, this one should be on your radar. 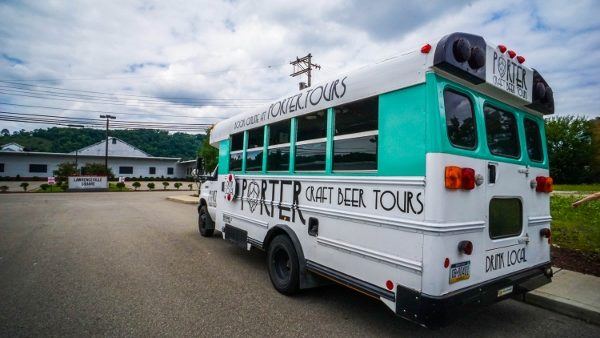 The set up for Porter Tours is fairly straight forward. Your driver, who is also your tour guide, picks you up in a customized short school bus and takes you around to three breweries in Pittsburgh. The bus is customized to have the potential of being a party bus, depending on your group dynamic, and is loaded up with speakers to blast music, snacks, water, and more. 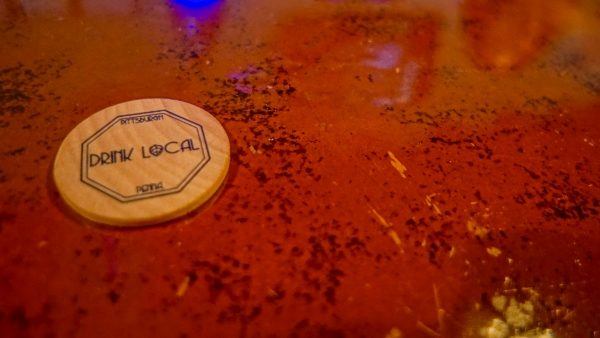 At each stop you receive a token to get three samples of your choice, and are given a fair bit of time to enjoy your beer with your group before heading off to the next spot for another round. During one select venue (typically) you are also able to get a tour of the facility by the owners, and beyond that you are given most of the time to yourself to enjoy the beer at your leisure.

Our tour visited Couch Brewery and East End Brewery in Pittsburgh's Larimer neighborhood, as well as Full Pint Wild Side located just a short distance away in Lawrenceville (now closed)- a setup that is common in Porter Brewery tour schedules to minimize driving time between stops.

As we have visited these three breweries in the past, we used the tour to try some new beers as well as others we normally would not try on our own. 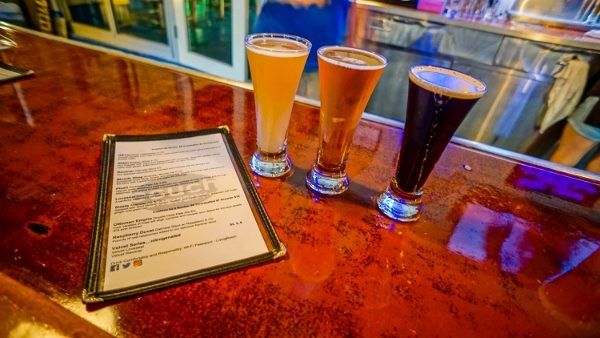 At Couch we were fortunate enough to sample the Siesta, a summer seasonal made with three kinds of dried peppers, ginger, and green tea. This one is only out for a few months after Cinco de Mayo, and is perhaps one of the most unusual (and amazing) we've tried in the city. 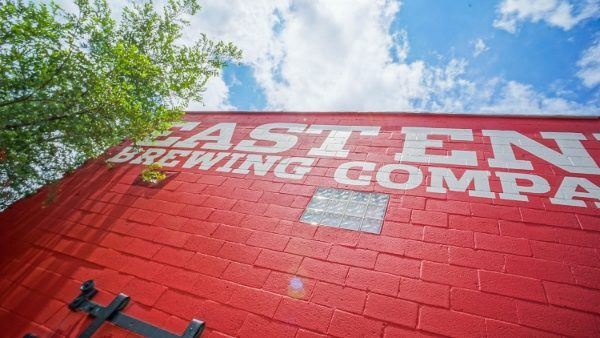 East End Brewery, known for having some pretty hoppy standard beers, is producing some really intriguing experimental and seasonal beers these days. The lemongrass wit was perfectly refreshing and actually tasted like lemongrass, which we loved. 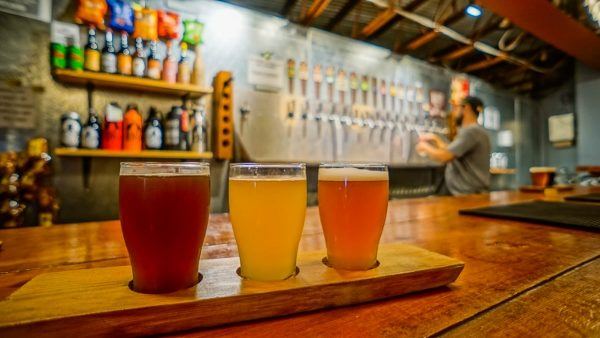 And, finally, Full Pint Brewery offered a smoked brown ale they affectionately call bacon jam. This one had a robust flavor that was not too smokey and definitely not meaty, and is a good option to try if it sticks around on the menu. 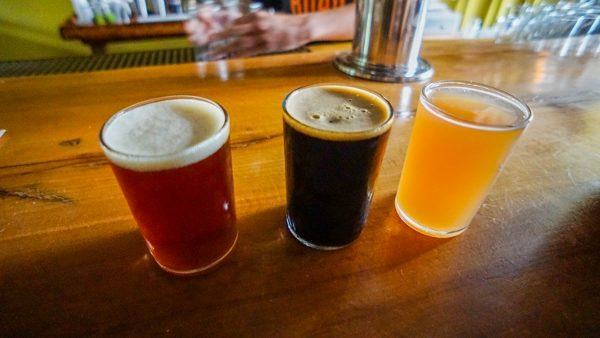 While it is unlikely that you will find these exact beers on the menu during your visit unless you are lucky, we have to say that these three breweries do a really good job at producing interesting experimentals and seasonals, so do yourself a favor and try a few with your samples if you end up there on the itinerary!

Best for Visitors and Groups with a Celebration in Mind 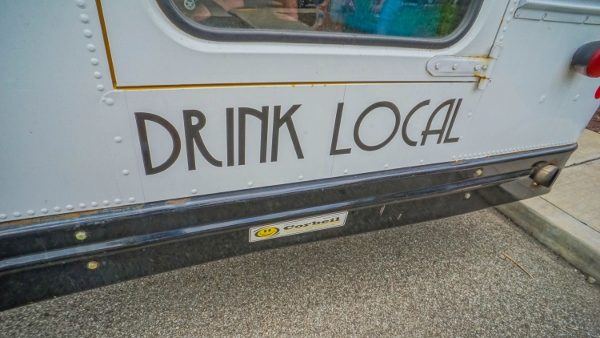 Overall, the trip around local breweries from Porter Tours is, in a way, an organized designated driver.

The main structure of the tour is to simply get you between the breweries with samples at each, which makes it perfect for those who want to have three or four hours out with a group without managing the driving logistics yourself. 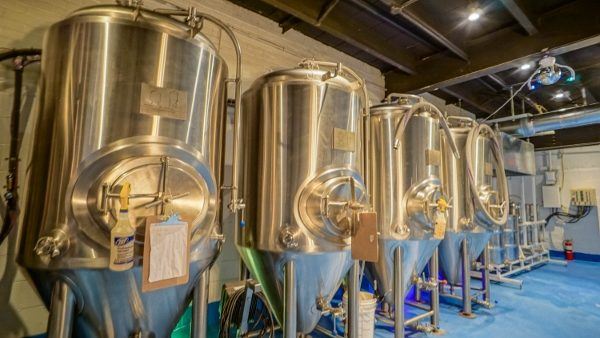 In fact, our tour was made up of a bachelorette party of about eight women, a couple from out of town who came in for the Pirates game, and our group of four. We generally all kept to our own respective groups during this tour, rather than mingling in one larger entity, which could have been a dynamic unique to our tour. But this does highlight the point that this tour is best suited for those who will get the most out of the organized aspect of the tour- namely groups with a celebration and out of town visitors who want to do a lot in a limited time.

If this is you, then a tour on Porter Brewery Tours will be an excellent way to experience Pittsburgh's craft beer scene while out exploring the city.

We'd like to thank Porter Tours for inviting us out on a tour. As always, all opinions are our own. To book your own beer tour of Pittsburgh, click here.

Looking for more drinking options in Pittsburgh? Check out Pittsburgh wineries, local happy hours, or the Beers of the Burgh festival- one of the best beer festivals in Pittsburgh!

Are you in local Pittsburgh media (such as a blogger or Instagrammer)? Let’s meet up!
Scroll back to top
1196shares