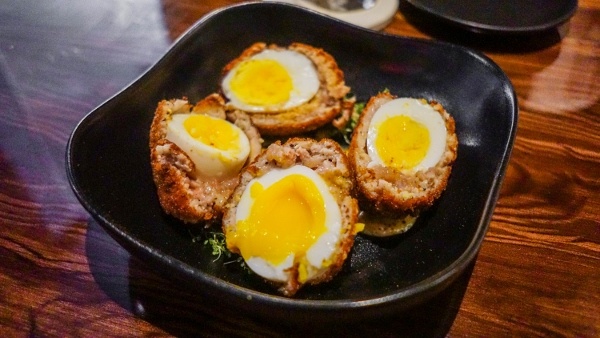 Needle & Pin located in Dormont bills itself as a British/Indian pub with a gin bar. We were intrigued by this theme and the fact that they have a solid gin bar, so we checked the space out not long after they opened on a Friday night for dinner.

While the restaurant doesn't take reservations, you can call ahead and put your name in. We did just that and our table was then ready when we showed up which was a great way to start our meal. We settled in and began the night perusing the cocktail list from the restaurant's impressive gin bar.

Beginning with Cocktails from the Gin Bar 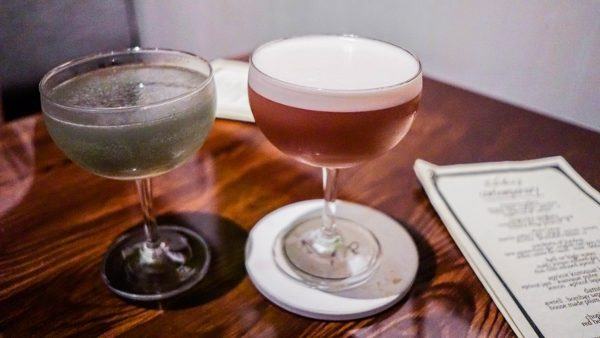 The bar menu is still in its infancy in terms of beer and wine selection, but the cocktail list is quite extensive. Many of the cocktails feature gin, but there's plenty of other options to keep everyone happy. One thing we would have liked to see given that this is a gin-focused bar is an actual gin menu. 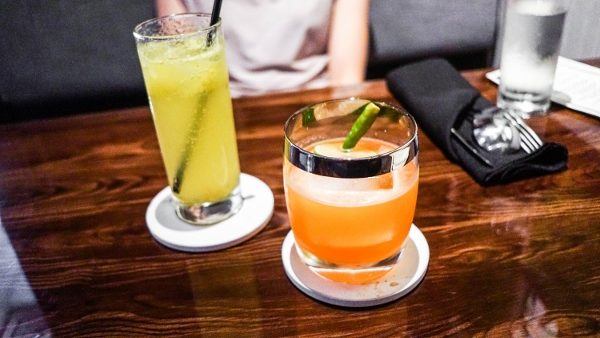 The Kiawano Collins was our least favorite cocktail as the kiawano fruit had a ton of seeds and the drink seemed watered down. From there things got better as we tried the Hell or High Water which had a base of a tart lemon-infused gin which was balanced with sweet honey and spicy chili-infused Aperol. The Damn Son! was another well-made cocktail with Bombay Sapphire, house made plum liqueuer, and Averell, a plum-infused gin. An egg white added a nice creamy texture. We also tried their take on an Aviation, which had a much stronger violet flavor than I'm accustomed to, but was still balanced and delicious.

British or Indian, So Hard to Choose 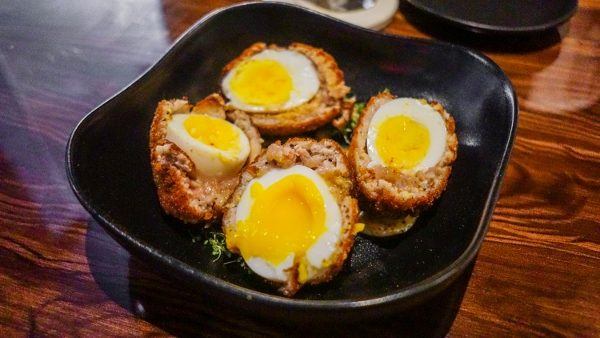 Appetizers and entrees at Needle & Pin take on two distinct styles, namely traditional English fare as well as Indian dishes often with an English twist. We settled on one of each, as well as a Scotch egg to start with because who doesn't love a good Scotch egg?

The Scotch eggs had a nicely-seasoned “English toast” breadcrumb coating that was fried crispy surrounding a house made sausage that cocooned perfectly cooked 7-minute eggs. The spicy mustard dipping sauce was a good complement to the richness of the meat and the eggs. This was probably the best overall dish of the night and the most reasonably priced for the portion size. 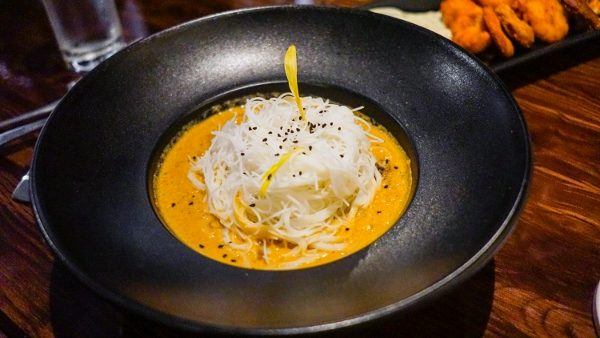 For entrees we chose the tikka masala and the fish and chips. The tikka masala was a different take on the dish as it consisted of thin vermicelli noodles topped with roasted chicken, all in a creamy tomato sauce. The flavors weren't typical of a traditional Indian tikka masala – the dish had more of a creaminess than a tomato flavor. Overall the flavors were mild and somewhat bland; we would have loved more spiciness, roasted tomato, garlic, or ginger – anything to amp it up and add a depth of flavor. 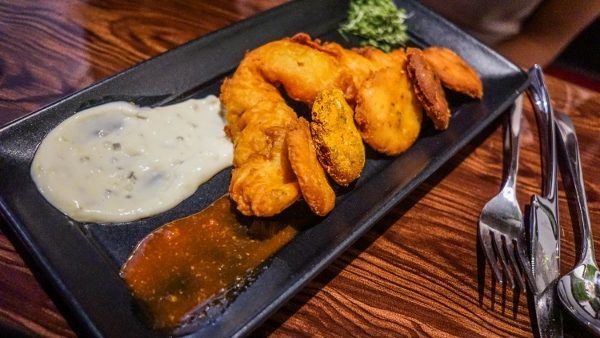 The fish and chips included beer-battered cod along with a curried tartar sauce and a spicier vinegar-based sauce. House naan crisps were the “chips” and were my favorite flavor of the night. They were addictingly crispy and crunchy, and they had a light dusting of curry powder and turmeric all over. The portion size of the dish, however, was extremely small for the price. 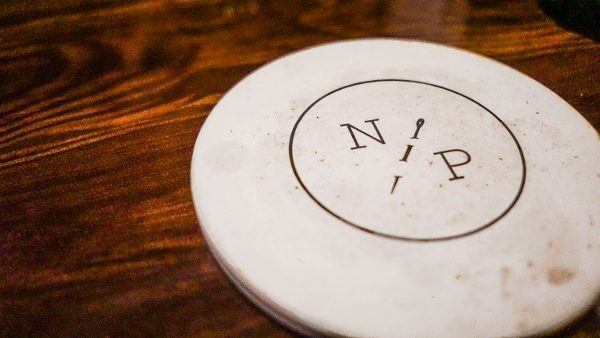 Overall the concept of Needle & Pin is great and the menu sounds good on paper, but it needs a bit better execution. The cocktail menu was sound but the food was somewhat hit or miss and fairly overpriced for the portion sizes. As we visited shortly after opening we would give Needle & Pin one more try to see if they get some of the kinks worked out.

For more restaurants with great cocktail menus, check out Kaya, Federal Galley, and Or, the Whale.

Are you in local Pittsburgh media (such as a blogger or Instagrammer)? Let’s meet up!
177 shares