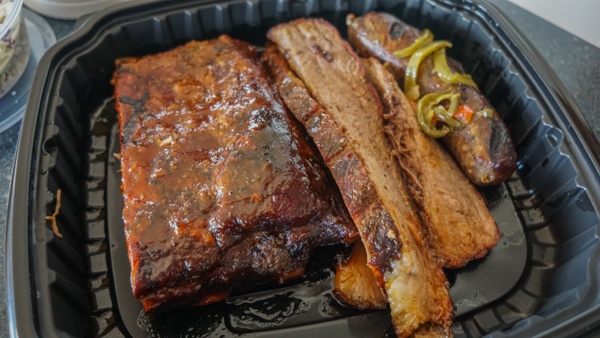 Aside from Gaucho (which has since relocated), the Strip District never really had a barbecue joint to call its own (especially an American barbecue spot).

When Choppin' Block BBQ opened in 2018 just a few blocks away from the main walking area, the neighborhood got just that. 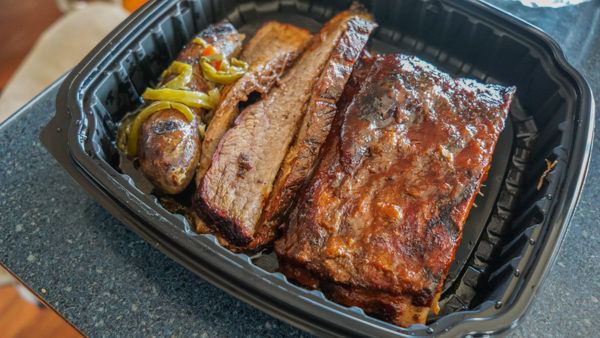 The first thing you'll notice about Choppin' Block BBQ when entering is that the place is quite small. Just a counter to order at and standing room for less than 10. So when you head to this one, be prepared to take your order to go.

During my first visit I opted to try a bit of everything and went with their three meat combo platter which included three meats, two sides, cornbread, and a drink (extra) for just over $20- a fair price considering how large the container was packed. 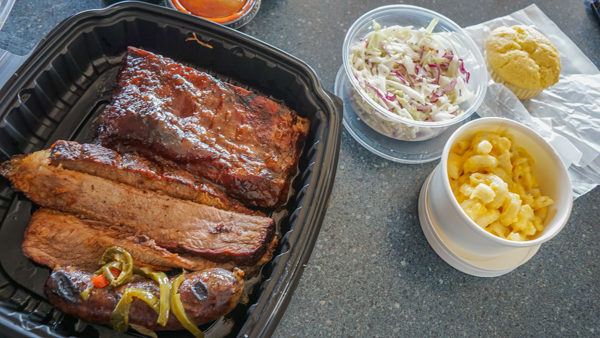 The winner, by far, was the sausage which had rather complex flavors and was not too smokey from being cooked. Cover it with one of their delicious sauces (more on those below) and you have a combination I'd order again and again- admittedly perhaps next time on a bun.

The brisket was up next and was a bit chewy with no real smoke ring to speak of. However, as a vehicle for sauce, we have few complaints.

The ribs, unfortunately, were rather tough and required a knife to cut. They had a good bark and a modest smoke ring with a stronger smoke flavor. As far as flavor is concerned they were quite tasty, but the lack of tenderness is hard to overlook. 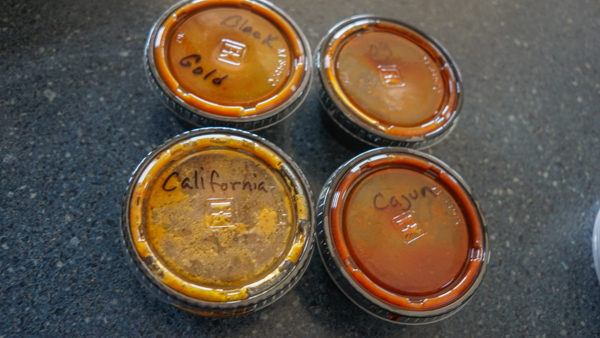 What I really liked from Choppin' Block BBQ was not the meat, but was, in fact, the sauce. The spot offers four sauces including the OG (surprisingly sweet barbecue with mellow spice flavor), Black and Gold (a tangy mustard), Carolina (a herb-forward spicy vinegar), and Ragin' Cajun (a spice forward barbecue sauce that wasn't too hot.

Grabbing one of each of the sauces really let a number of flavor combinations come through with the meats, and is something we can appreciate as many barbecue joints don't have as many sauces to choose from. 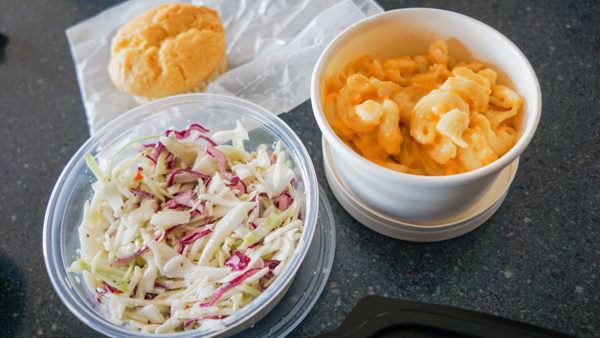 On the side front, I was able to sample the mac & cheese, coleslaw, and cornbread and felt they were all somewhat conventional iterations for their styles. The coleslaw was a bit dry, and the cornbread and mac & cheese didn't have any unique ingredients to speak about.

While I was a bit let down by the lack of tenderness in the meats, they offered good flavors and a price point that is hard to beat for a feast in the neighborhood (however, I'm more than willing to go back to see if this was a one-off issue).

Choppin' Block BBQ was located at 2627 Penn Avenue in the Strip District and closed in 2020.

For more barbecue in Pittsburgh, check out the previous link!

Are you in local Pittsburgh media (such as a blogger or Instagrammer)? Let’s meet up!
57 shares