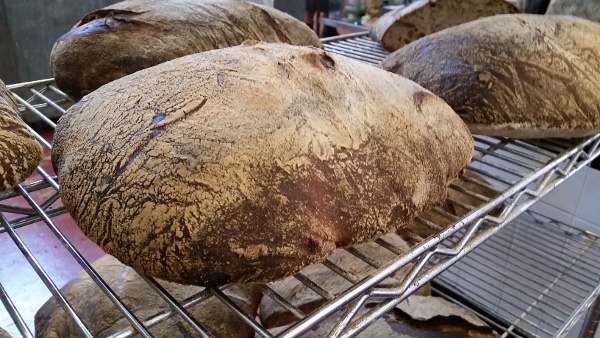 When I think about bakeries, my mind often turns to places where decadent desserts run rampant and others that are so devoted to the art of bread making that they have more styles than I can name.

Bread and Salt flirts with the latter, but the owners go about bread making in a way unlike anything we've ever seen.

One of a Kind Bread 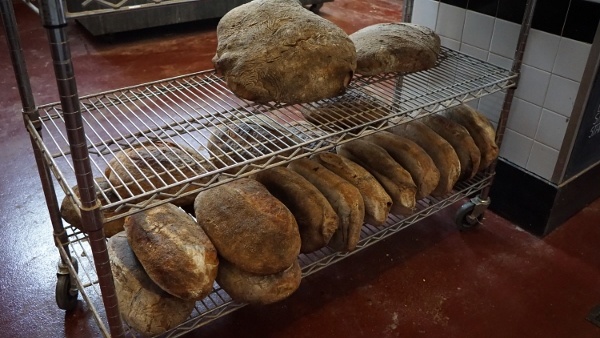 It is one thing for a bakery to make bread themselves.  There are countless in Pittsburgh that do this well.  It is another thing entirely for the baker to work with local farmers to hand select the crop that will be grown the following year and also produce the bread through the methods of wild fermentation used in Old World Europe.

Even ignoring the details on how Bread and Salt prepares their bread, which we'd love to job shadow for a few months to learn more, you can tell this place is different the second you walk in.  The open floor plan bakery has everything going on right in front of you, there are only a few items on display at any given time, and the heat and humidity inside makes standing in a long line almost unbearable in the summer months.

Where I'd normally complain about this anywhere else, I'd happily endure it to get the final product.

At $5-$6/pound, the bread comes with a pretty upfront cost, but considering the work that goes into it and the deliciousness of the final product, I'd pay just about anything for it.  This bread is truly world class.

Let's Talk About The Pizza 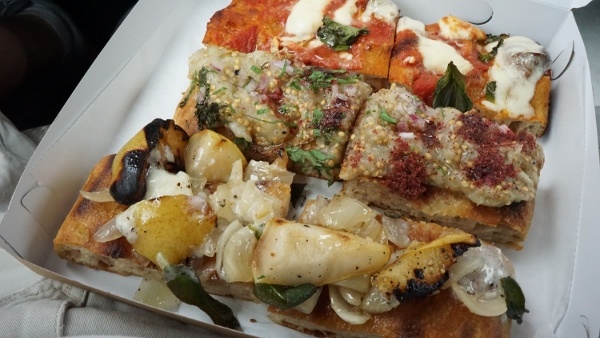 Although Bread and Salt makes bread first and foremost, they do offer a variety of menu items available throughout the day to showcase their products.  This ranges from toast and breakfast sandwiches in the mornings to pizza in the afternoon which, at times, can be quite difficult to come by (although we're told it is being rolled out earlier and earlier due to demand).

In fact, it took us three visits to even try their pizza because of this.

On our first visit we did not realize how popular Bread and Salt was and visited right before closing- with no bread or pizza remaining.  Our second visit we made it in early in the morning to get a half loaf of bread and a sandwich with prosciutto and egg, but got in before pizza started to be served.  Our third visit was purely to try several slices of pizza with toppings ranging from the traditional margarita to pear and onion (the most delicious of the bunch).

When it comes to pizza at Bread and Salt, it is best to keep in mind the focus of the bread first and foremost.  The toppings were all quite tasty, but the overall star of the show was the bread with the toppings taking a back seat. Considering the poor pizza scene in Pittsburgh, with good crust being hard to come by, I'll be more than happy to make some concessions on toppings when the bread is so good.

Naturally, this is what Bread and Salt does best and we look forward to many return visits in the future to stock up on their amazing products. 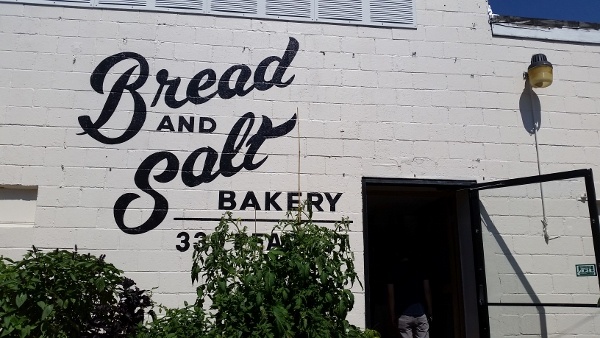 Bread and Salt Bakery was located at 330 Pearl Street but closed in February 2016.

Are you in local Pittsburgh media (such as a blogger or Instagrammer)? Let’s meet up!
98 shares