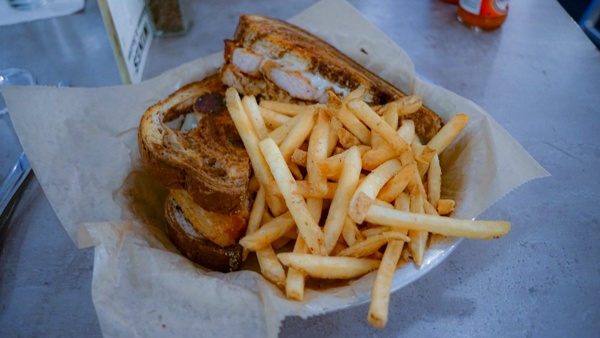 Have we reached peak “bacon”? Judging by the popularity of the restaurant Bakn in Carnegie, the answer is not quite yet but we are well on our way there.

At this mostly brunch-focused restaurant you'll find bacon in the usual places like on sandwiches and in omelettes, but it also makes appearances in more unusual ways like in bacon-stuffed pancakes, bacon flights, and bacon martinis to name a few.

We recently visited Bakn during dinner on a Friday night when it was still hopping despite having more breakfast and brunch type food. We browsed the drink menu which featured several cocktails that included their house made bacon-infused vodka, other brunch and seasonal cocktails, and a small draft beer list. 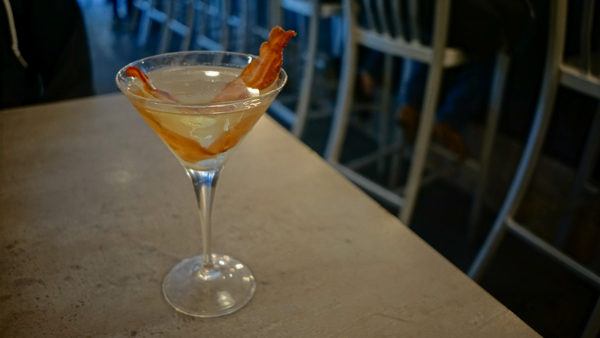 We just had to try the bacon martini which was a mix of the house-infused bacon vodka, butterscotch schnapps, and apple juice. A whole slice of bacon was also artfully placed in the martini glass.

The cocktail was sweet but balanced by some the buttery schnapps and smokey bacon. It isn't the kind of thing you could drink more than one of, but if you are looking for a sweeter cocktail that is full of bacon flavors that oddly works in a very weird way, give this one a try. 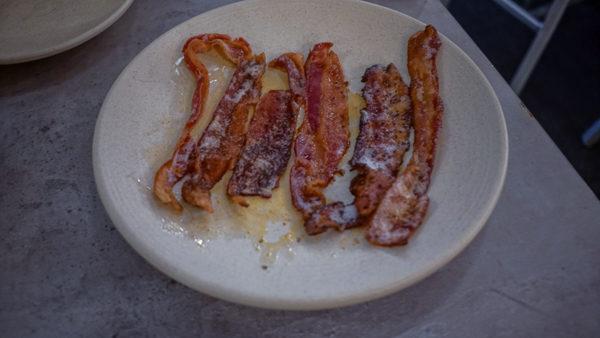 The bacon flight seemed an obvious appetizer choice; it came with six different slices of bacon each with a different seasoning or flavor. It was more of a novelty than anything, as the $10 price point is quite high and is quite literally six pieces of (still grease covered) bacon on a plate.

The flavors included applewood smoked, barbecue, Cajun, candied, black pepper, and sriracha; the spicy and pungent sriracha was our favorite as it had an intense flavor while the others were fairly mild overall.

Had the bacon been transformed into something a bit more novel, and not been delivered sitting in its own grease, we may have liked this one better, but for a bacon flight (as beautiful as that sounds), it was a bit disappointing.

As we were dining during dinner, we were drawn to the sandwiches and dinner plates and tried the buffalo mac and cheese (a special for fall), and the Reuben. 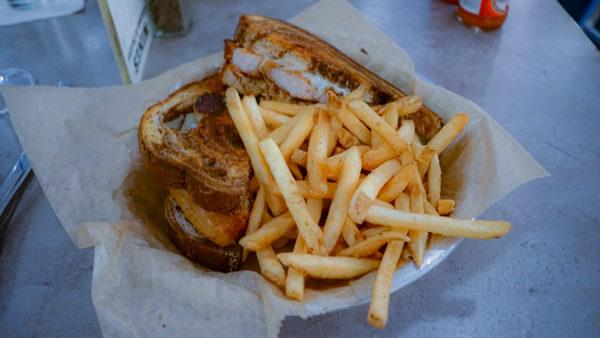 The Bakn pork belly Reuben was served on good marbled rye bread that was toasted crispy (although we would have loved it even more grilled in some butter). The pork belly was a bit chewy and the big chunks made the sandwich a little hard to eat, but the flavors were good and portions massive enough to make anyone happy.

Also on top was a good slather of Baknaise (bacon mayonnaise), Swiss cheese, and some apple bacon sauerkraut. I don't normally like sauerkraut but this was a sweeter, smokier version that was quite delicious. In fact, aside from the bread the sauerkraut was the only true authentic ingredient to make it a Reuben; however, somehow the pork belly and bacon mayonnaise come together in a way that tastes like, well, a Reuben! 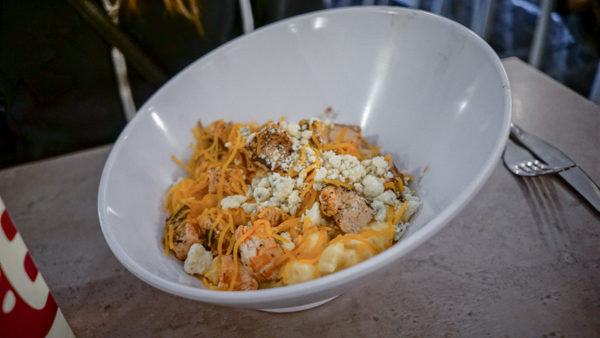 Our other entree was a fall special, the buffalo mac and cheese. Creamy and cheesy cavatappi noodles were topped with chunks of grilled chicken and a few crumbles of blue cheese. It was also, from our perspective at least, one of just a few menu items without bacon at all (which was perfect for me as I was already overloaded from the appetizer).  I was expecting more blue cheese and hot sauce flavors given its name, but topping it with some more hot sauce helped significantly. 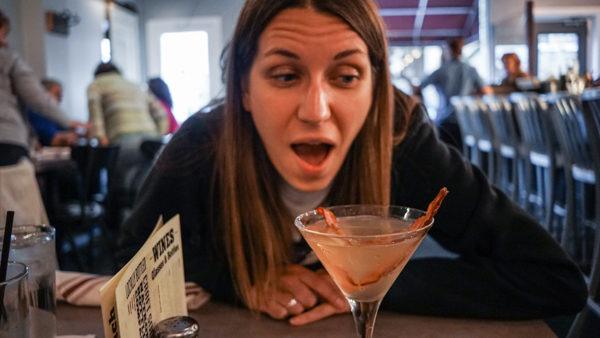 While we thought the food at Bakn wasn't quite as good as we had expected, we plan on coming back to try some of the breakfast and brunch plates as they seem a bit more unique and are possibly more of the draw here. But when in doubt, just load up on the bacon and you'll be quite okay!

Bakn was located at 335 E Main Street in Carnegie, PA. Bakn opened a second location in Warrendale at 100 Fowler Road in 2018. Both appear permanently closed as of 2020.

For more spots to enjoy in Carnegie, why not check out Riley's Pour House, LeoGreta, or Apis Meadery?

Are you in local Pittsburgh media (such as a blogger or Instagrammer)? Let’s meet up!
641 shares